What I was up to today: 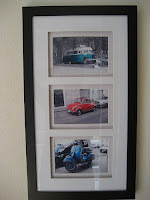 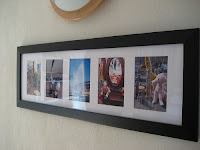 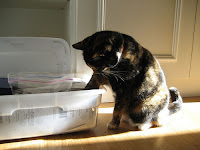 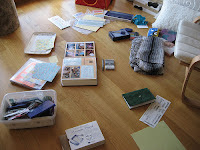 Some people like to scrapbook on tables. Me? I like to take up as much space as humanly possible. 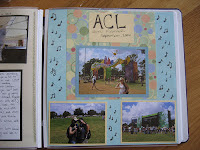 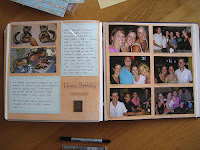 I broke my scrapbooking spell... and finally broke into my new supply of stuff that I got from Cristina back in August. I still have a lot more catching up to do (I want to be "up to date" by the time Loki gets here) but I'll also have to order a bunch of photos from Snapfish first, and have Zach bring them back on his next US trip. I suppose I could try to find a local shop to develop pictures at, but my guess is, in Geneva fashion, it would probably cost an arm and a leg.

Tonight Zach and I went to the house of one of his classmates from French class, she and her husband are trying to sell a bunch of baby stuff their 2 boys have outgrown. We made out with a changing pad, a baby bath chair, some hooded towels and a couple other miscellaneous items... and a baby Columbia jacket. =P Fairly successful, in the end. Their kids were pretty cute (18 months and 4 yrs). In desperate need of a quick meal, Zach and I succumbed to McDonald's (I know, I know... and my chicken mcnugget meal was 10chf!) and I still had my cup of Sprite when we got to their house, and the 18 month old was obsessed with it and wanting to take a drink. It was pretty funny, I set the cup down on the floor at one point to look at something, and I kid you not 5 seconds later he had picked up the cup and was about to make away with it-- when I'd put the cup down he'd been in the other room.

Anyway, Loki's kicking, and Zach's calling, and I think it's about bedtime... especially since I still have a bit of a sore throat. =(
Posted by Marcy at 1:37 PM