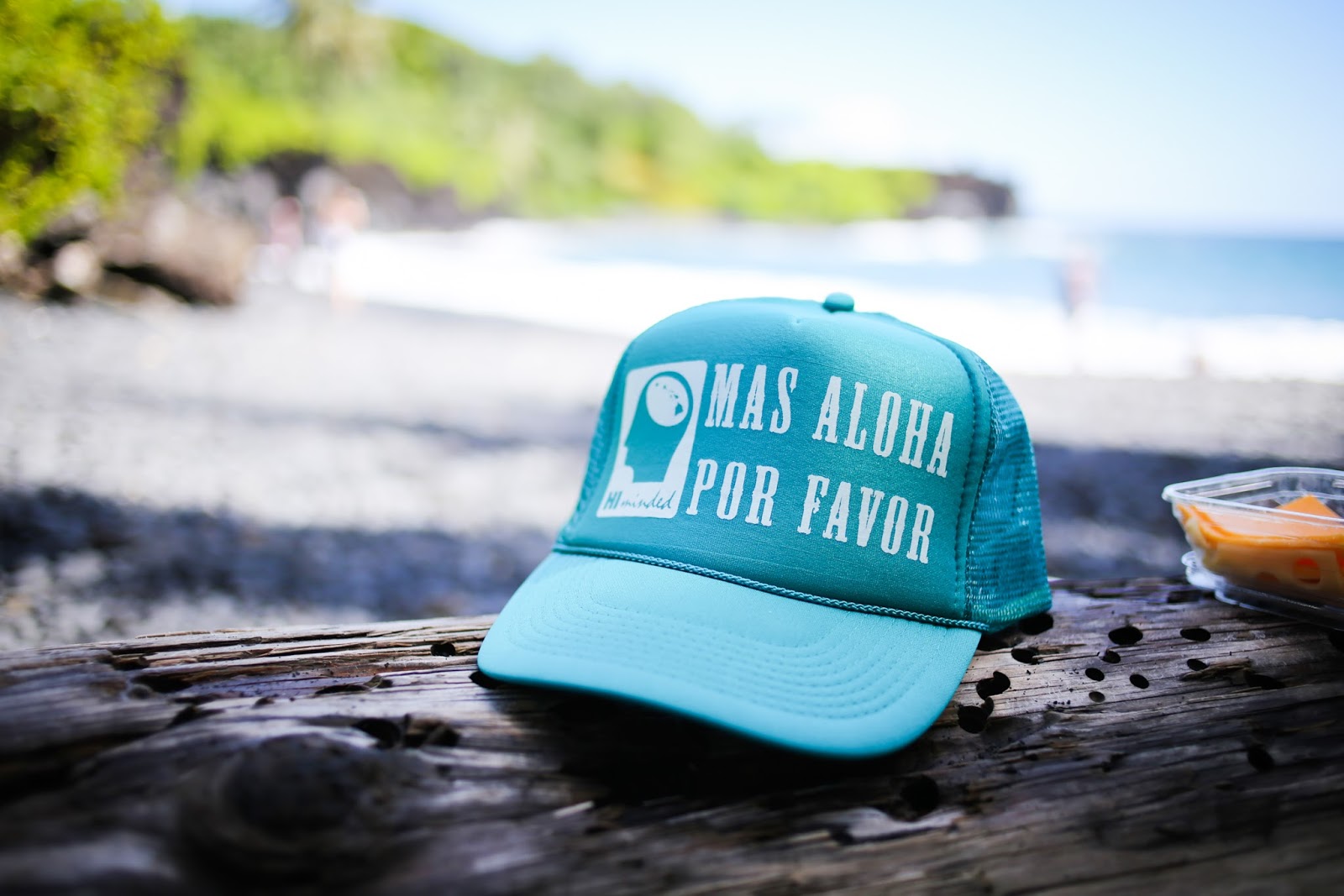 I didn't take that many pictures on this trip-- I even debated whether to bring my big camera with me at all. I didn't want it to get damaged by sand, water, sunscreen, etc (or spend time feeling worried about that happening). I also really wanted to relax and enjoy the trip, vs feeling the need to document everything-- the internal tug-of-war of the photographer, to take pictures of your surroundings vs sitting back and enjoying them through your own eyes, unobstructed by a viewfinder. That said, it was fun to bring the camera along for things like visiting the winery or taking the Road to Hana.
Posted by Marcy at 8:59 PM No comments:

Email ThisBlogThis!Share to TwitterShare to FacebookShare to Pinterest
Labels: Photoblogging

capturing (some of) the chaos

Sometimes I like capturing the random, little details of life-- those things that seem like such an essential and inescapable part of life in the Today that you don't even think about them, yet in a few months or years will likely be forgotten. There will come a day when our home is no longer covered in lego pieces and minifigures. This is a snapshot in time. 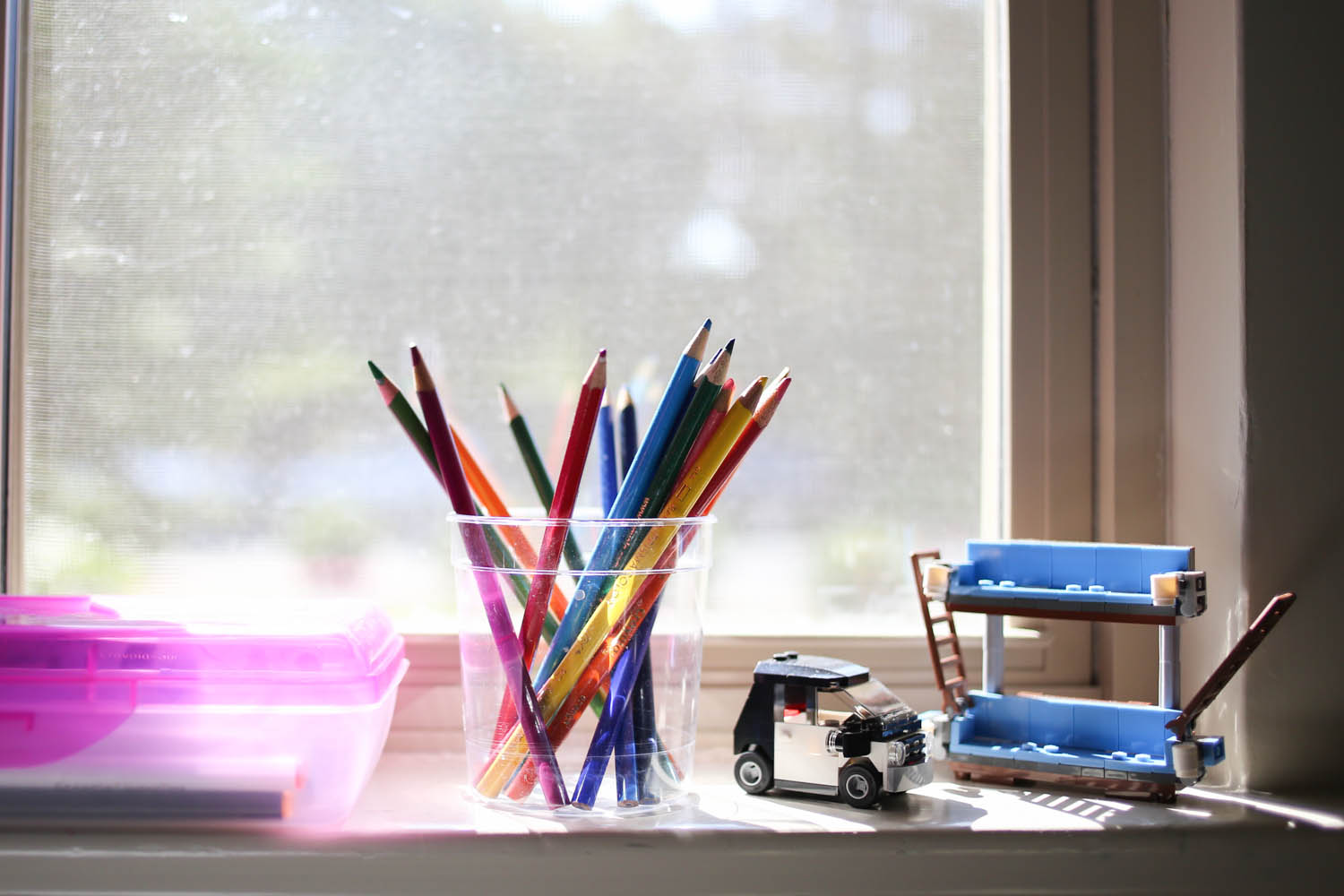 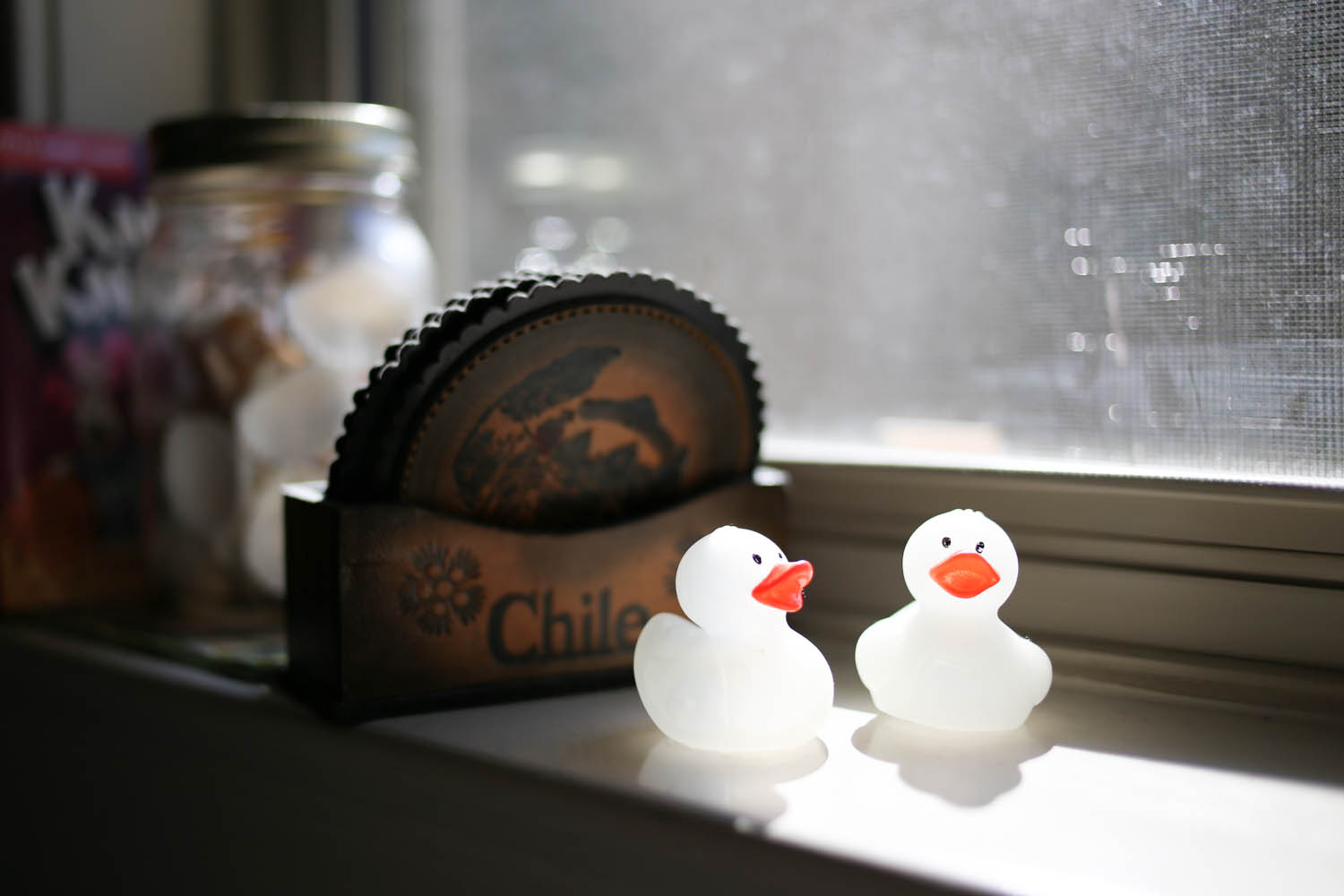 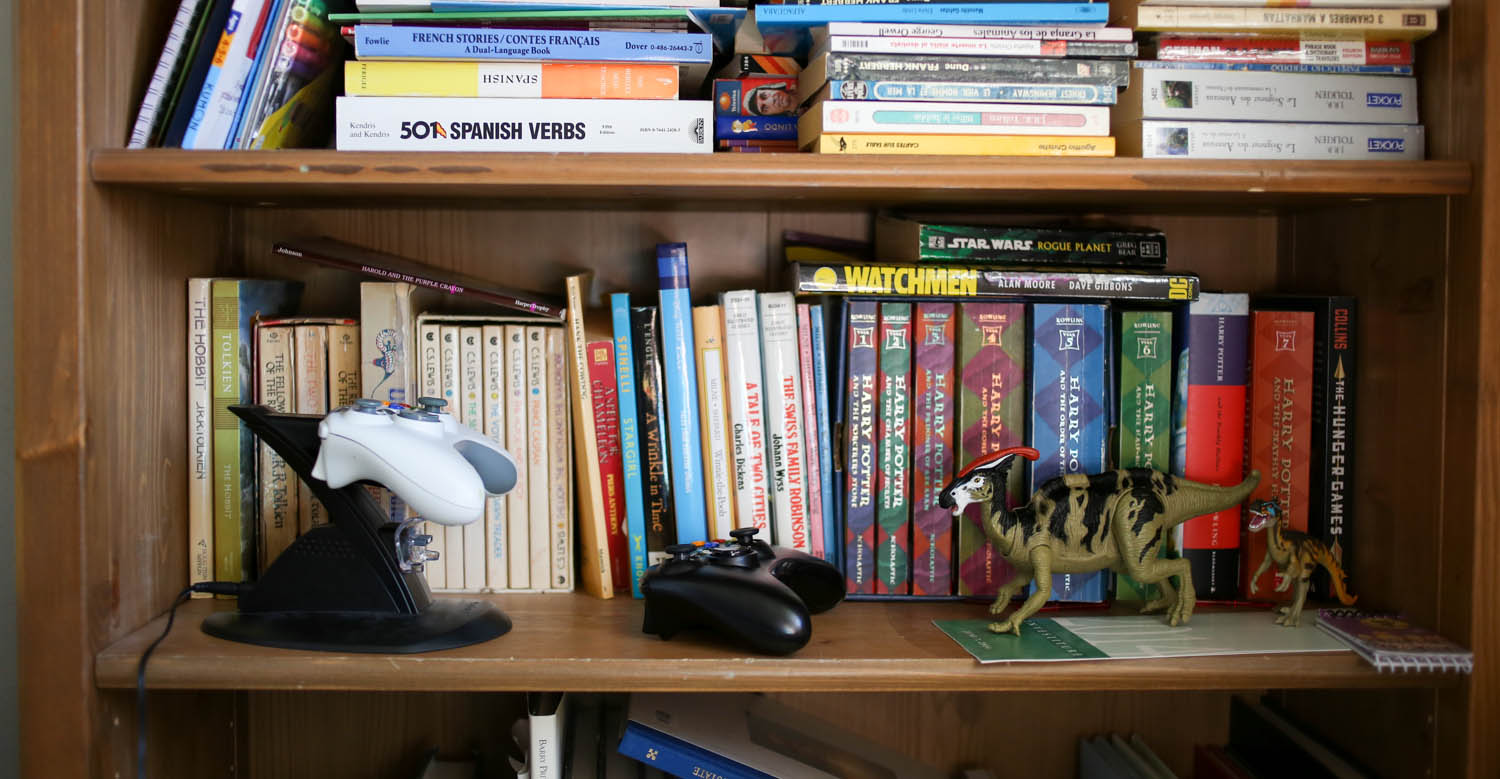 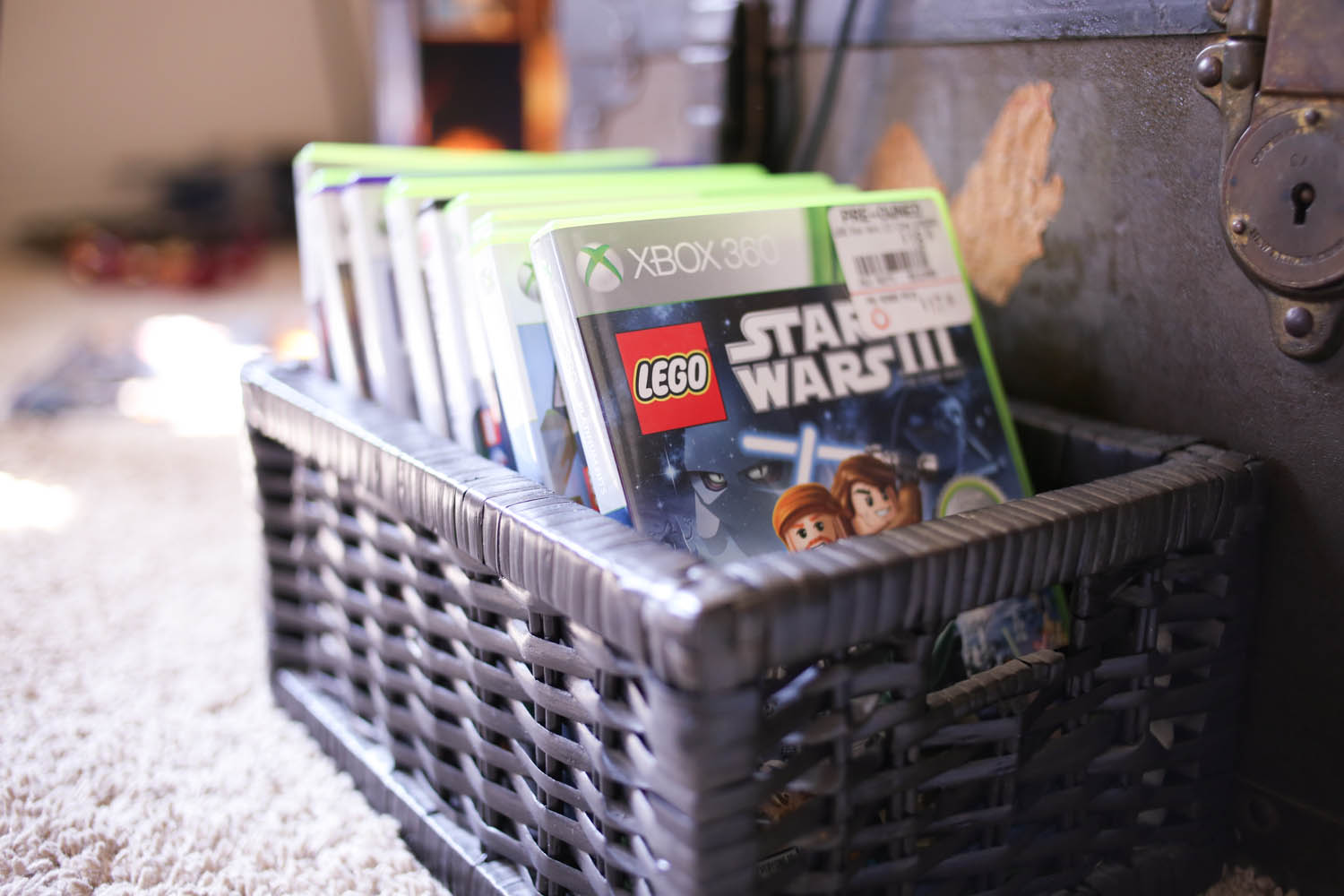 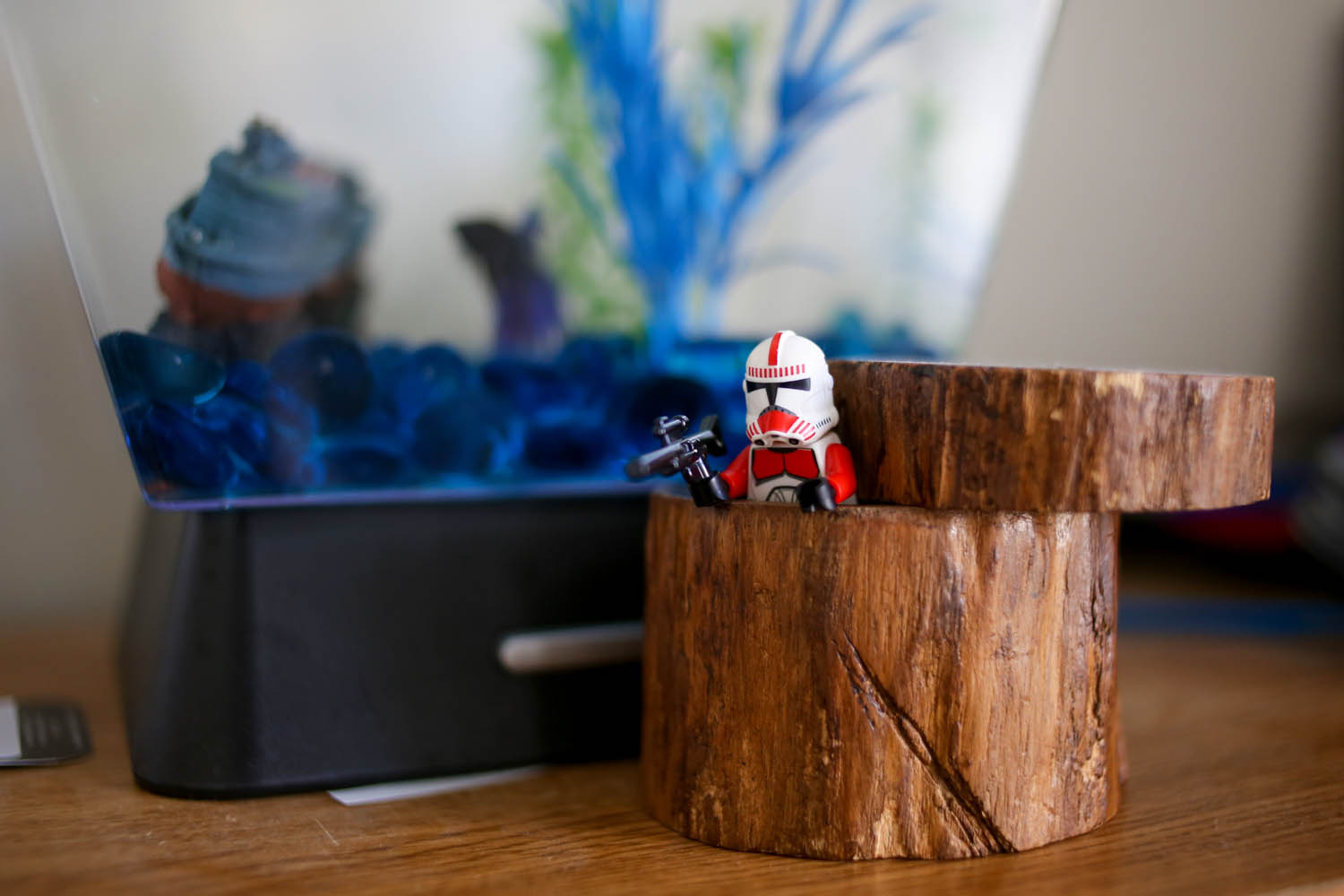 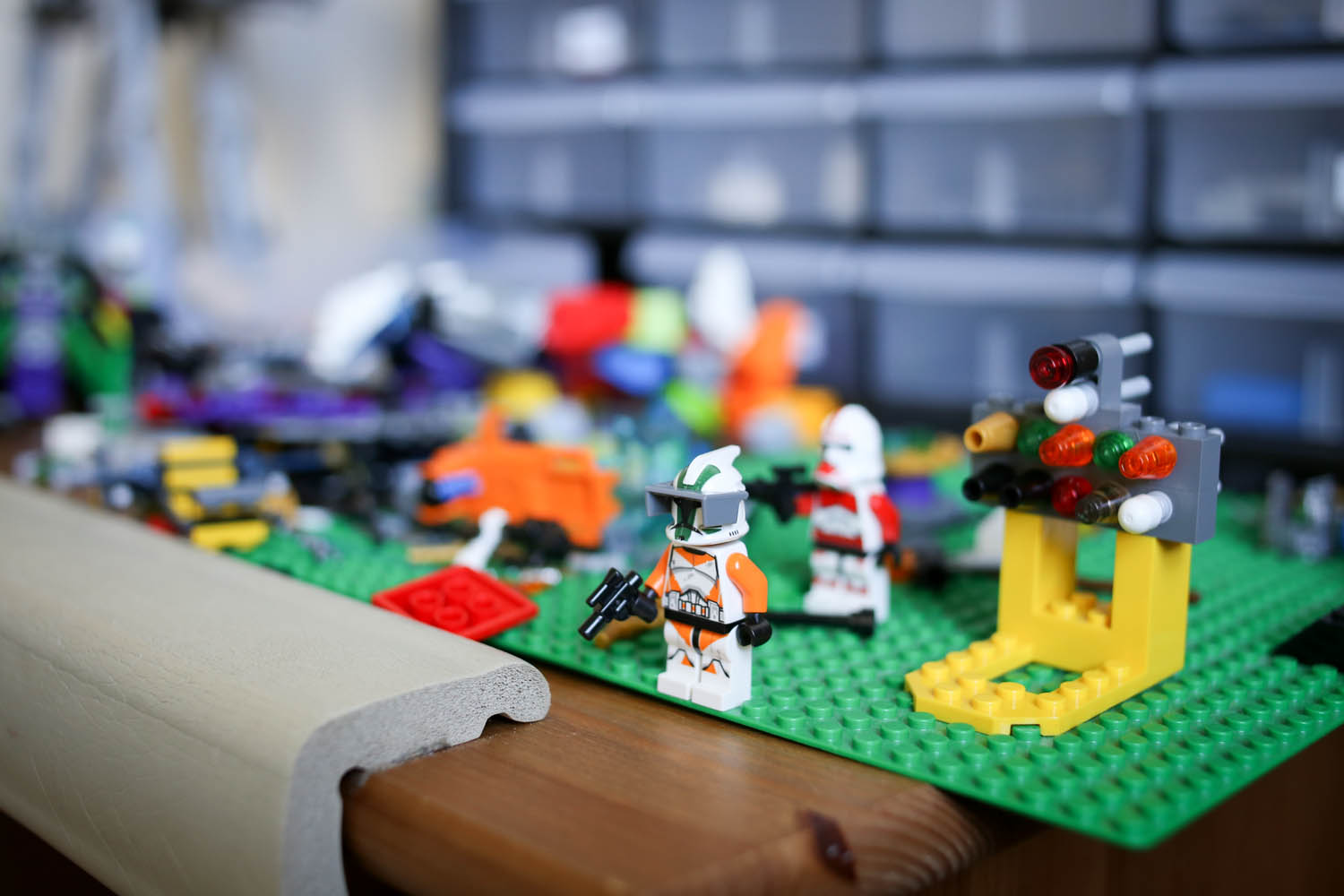 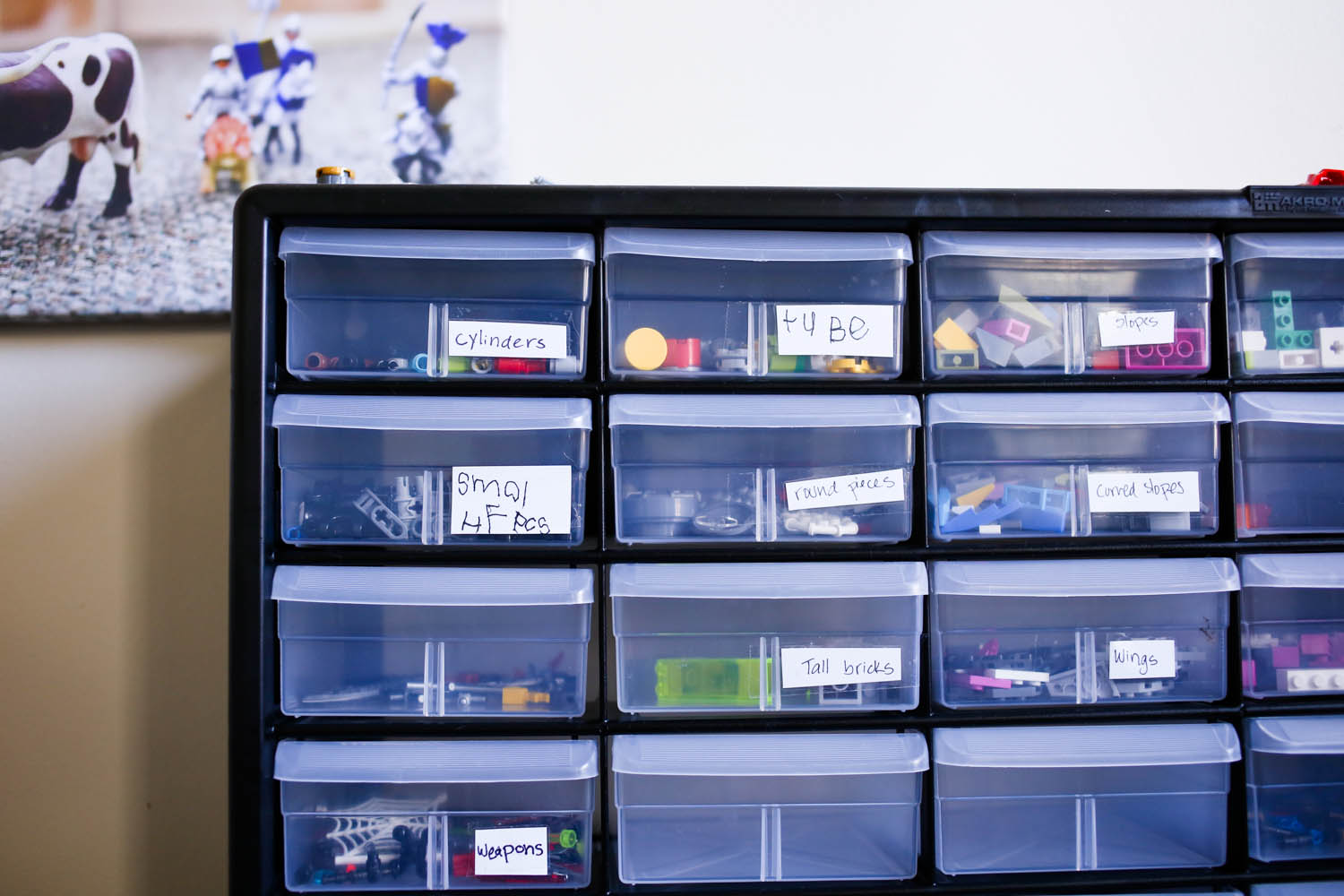 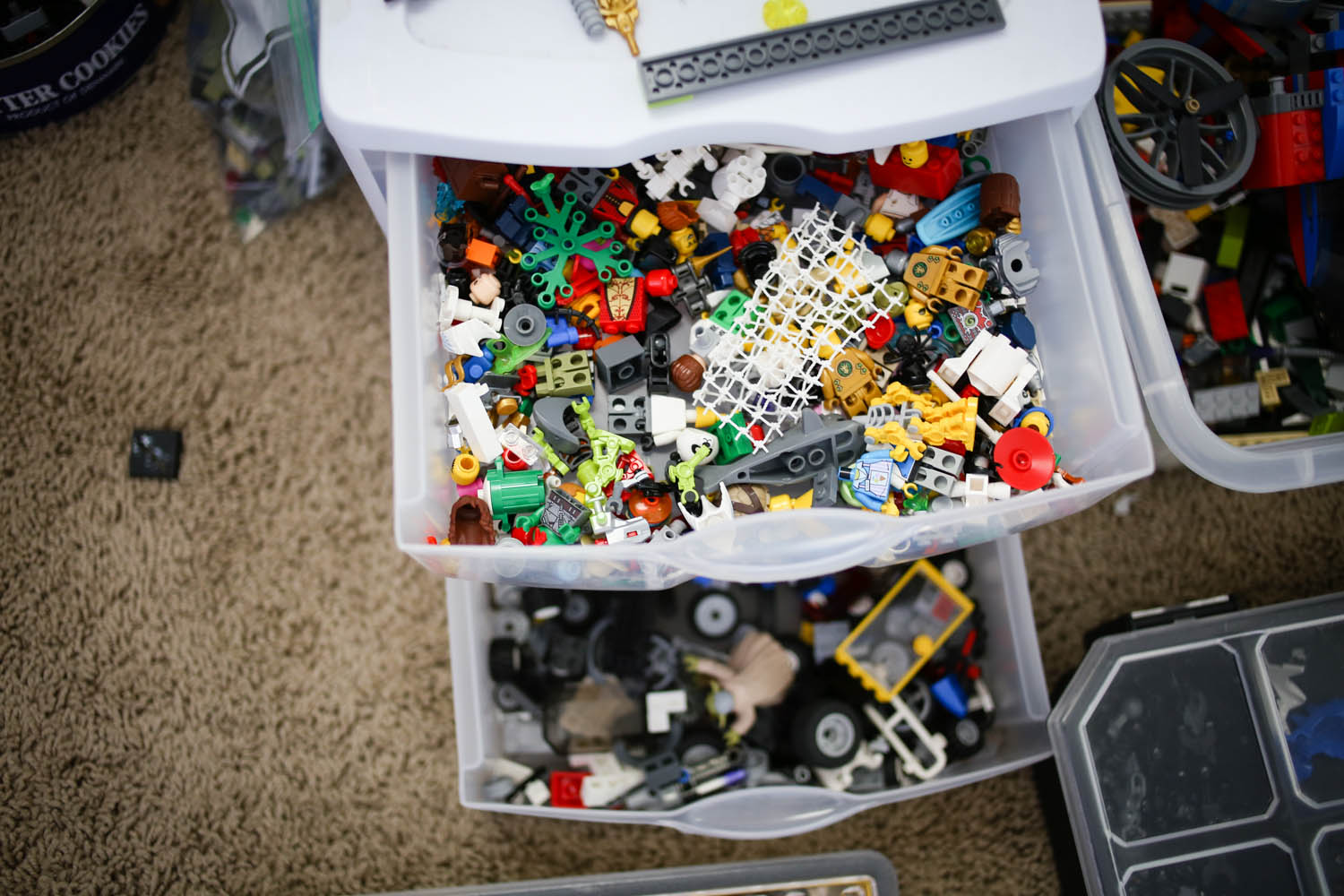 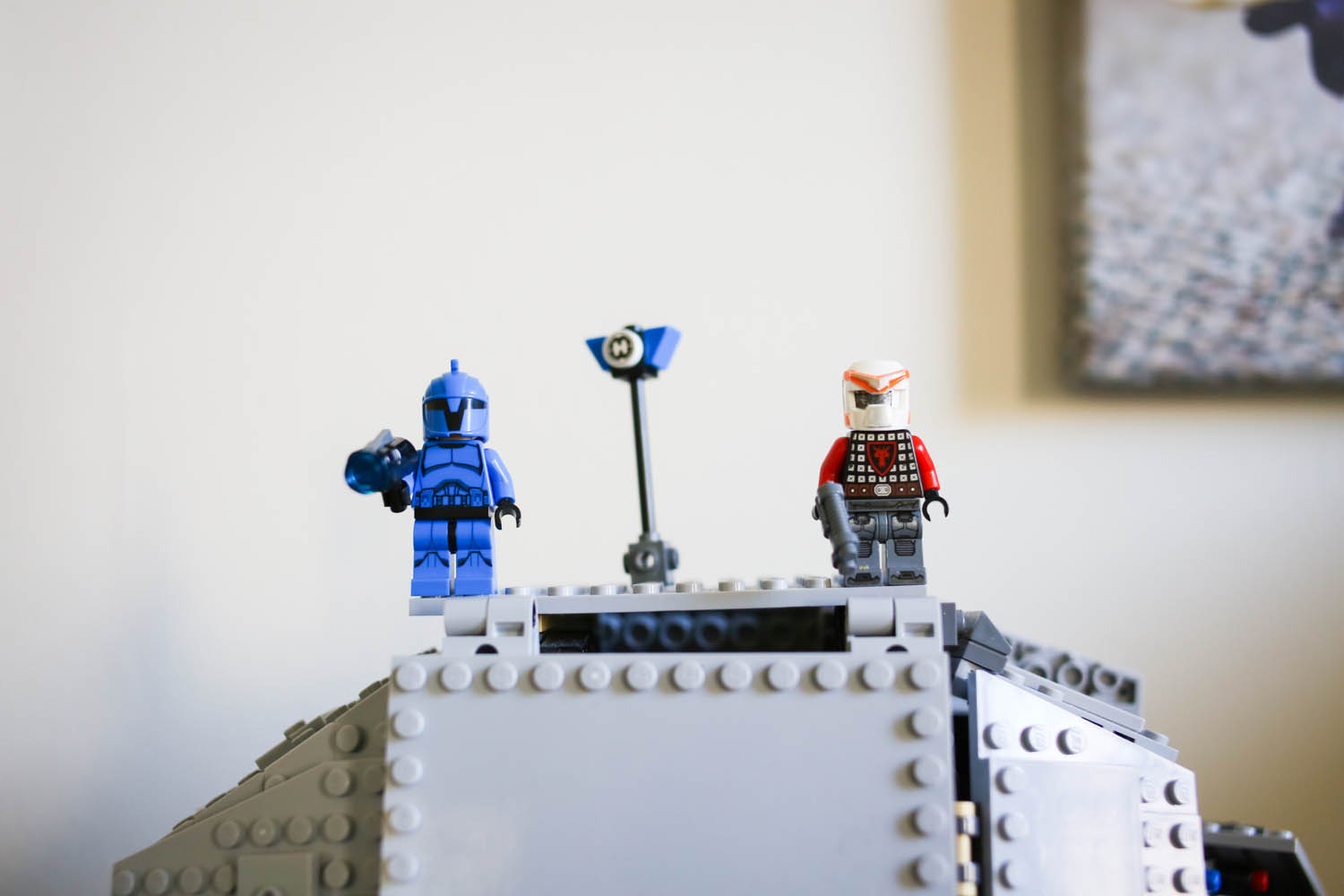 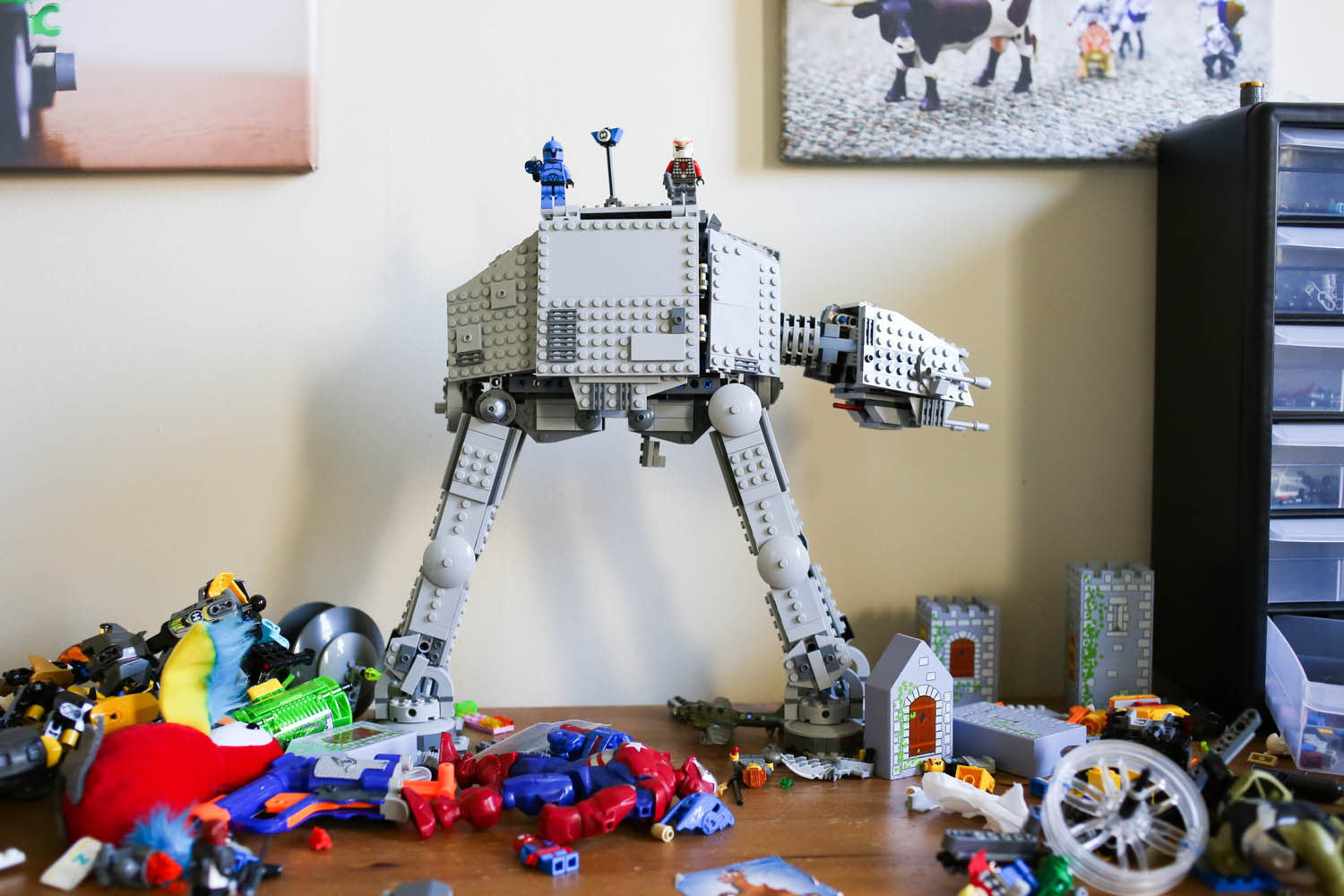 Email ThisBlogThis!Share to TwitterShare to FacebookShare to Pinterest
Labels: Our Day, Photoblogging, Toys 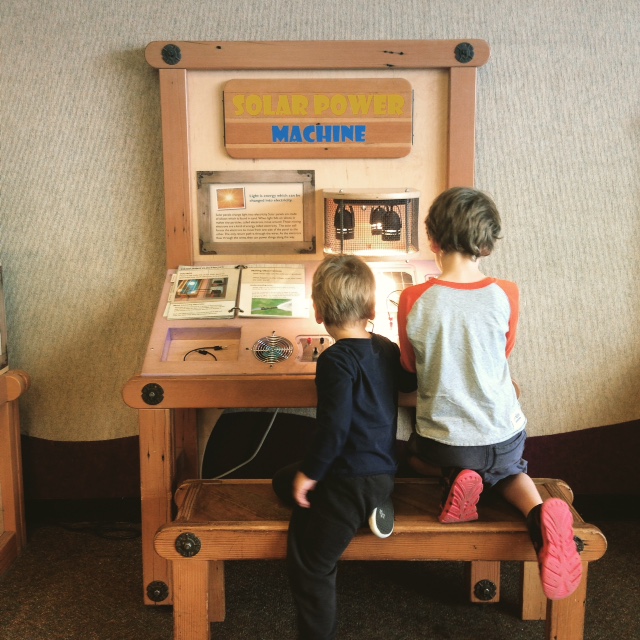 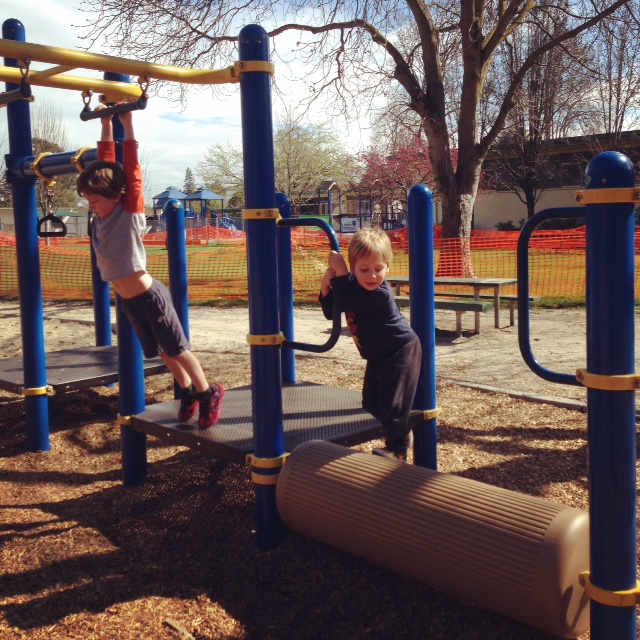 Today was one of those days that was awesome in many ways-- the boys did some really fun imaginative play this morning, we spent 3 hours at a fun new-to-us kids museum, D made a new stop-action film that made me laugh out loud with delight, gymnastics class went great... And yet, it was also clear that a) D is not quite over his weekend illness, or certainly it's still affecting his mood, and b) I think I'm now coming down with the same cold, which (along with a bad midday headache) led to some occasional but intense crabbiness and raised voices.

It's interesting to me how I can be calm and patient in response to their bickering, etc, 100 times in a day, then snap once or twice and feel like that outweighs all the other "good parent" moments of the day. It breaks my heart a little when, after getting irritated with each other, Quinn comes up to me and says, "Can I have a hug?" I also love that he recognizes he needs a hug, and can ask for it. I hold on to things like that as evidence that I'm doing something right.

At dinner tonight D asked me what kinds of protective mechanisms our house has (vs things like airbags in cars). I mentioned the smoke detectors, and burglar alarms, how houses here in the west coast are built to better withstand earthquakes while houses in areas prone to tornadoes tend to have things like basements to hide in. I think it was Q who mentioned something about how the house could get crushed in a tornado, though the people would be safe in the basement, and all of a sudden poor D burst into tears. I didn't realize it at first, as he had been in such a good mood up to that second-- but the thought of our house (and all our things--including his legos) being destroyed really shook him...and really took me by surprise. Poor sweet little dude. He calmed down after a few minutes (and a few hugs). They got to bed late tonight, thanks in part to us all still adjusting to daylight savings time change), but hopefully they get a good rest and have good moods for tomorrow. Which will certainly be a calmer day plans-wise... and hopefully moods-wise, as well.

Email ThisBlogThis!Share to TwitterShare to FacebookShare to Pinterest
Labels: Misc 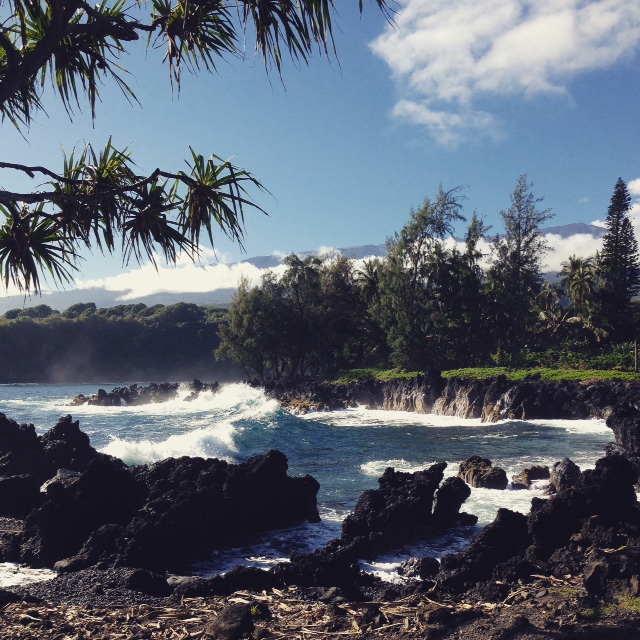 An interesting point about blogging is that after a long break you'd think you'd have SO MUCH to come back and write about, yet starting up again almost feels harder. Instead of catching up on the backlog of would-be posts, it feels harder to know what's worth writing about, what to focus on, where to start.

Last week I was in Hawaii with one of my best friends, visiting my sister. Jen has been living on Maui for a little over 3 years now and I've wanted to visit her for a while, but it was difficult and expensive from the east coast... then we moved back here, and it felt like it was time. And, we are fortunate enough to have the resources to make such a trip happen. Zach was going to take time off from work to stay home with the boys while I was gone, but then my mom volunteered her services. I know both she and the boys loved getting to spend more time together. I was worried about Quinn missing me, so I was preparing him for a few days beforehand telling him that I would be gone but Lala would be here, and when I got back then Lala would fly back to Texas again. He told me that I should stay in Hawaii with Jenny so that Lala could stay with him. ; ) Maybe a comment like that should hurt my feelings, but I just feel so grateful to have a mother (and they, a grandmother) whom they adore so much, and who is both willing and able to fly out at a moment's notice to be with them.

Life has been quite clear lately on its reminders that it is short, and not to take anything for granted. It's been less than a year since my brother died, and in that time we have lost 3 other people dear to our family-- two family friends, who were some of my mother's dearest supporters during our time growing up in Chile, and yesterday I found out that a cousin passed away from cancer. None of them are people I've been close to as an adult and I hadn't spoken to them in years, but they all featured prominently in my childhood. These losses, one after the other, make them all feel that much heavier. And I realize it's selfish, I mean people die all the time, every day. People are always losing loved ones.  But we focus on those who mean something to us, and it feels like we keep getting hit.

And so here come all the cliches about Living In The Moment and Embrace Today, etc. And they are cliche, and they also kinda aren't. The reminder of the proximity of loss reinforces some of the decisions we've made in life, like being at home with my boys and enjoying all the time I get with them now. It also reminds me that, of all the dumb crap we spend money and time on, family and friends are the best investments. Thus, the trip to visit my sister. And several other trips I'm trying to plan out in my head for the next year or so, to spend time with other loved ones scattered around the country. I don't want to feel held hostage by a sense of urgency, but I also don't want to take opportunities or people for granted. If that makes sense.

I'm working through my pictures from Hawaii, and hope to start uploading them in the next few days. I've only got 400 or so, not as many as I had expected to take, but I also really wanted to experience that trip through my own eyes first, through the lens second. It was a great trip, Sasha, Jenny, and I had a lot of fun together and it was great to hang out, relax on the beach, watch the whales off in the distance, meet some of Jenny's friends, and just enjoy such a gorgeous location. It felt pretty wonderful for me to get some time away from the boys, taking off my Mommy hat for a bit. It was also pretty wonderful to see them again when I got back.
Posted by Marcy at 12:11 PM No comments: