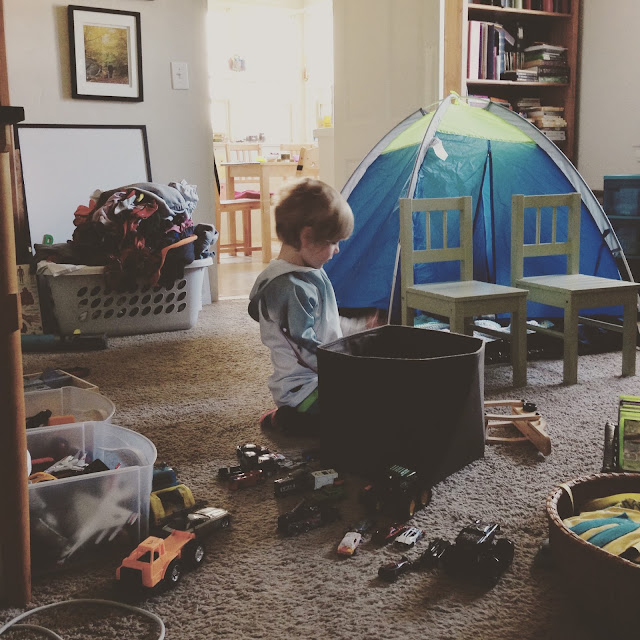 I feel like this photo is so representative of life these days. Toys scattered all over the floor. The play tent that, while you can't see it, is ripped on one side so that corner with the pole is being held together by duct tape. The massive pile of clean clothes waiting to be folded and put away. Quinn slightly blurred, in constant motion. Some of these things annoy the shit out of me. But I also don't think I'd really have it any other way.
Posted by Marcy at 6:26 PM No comments: 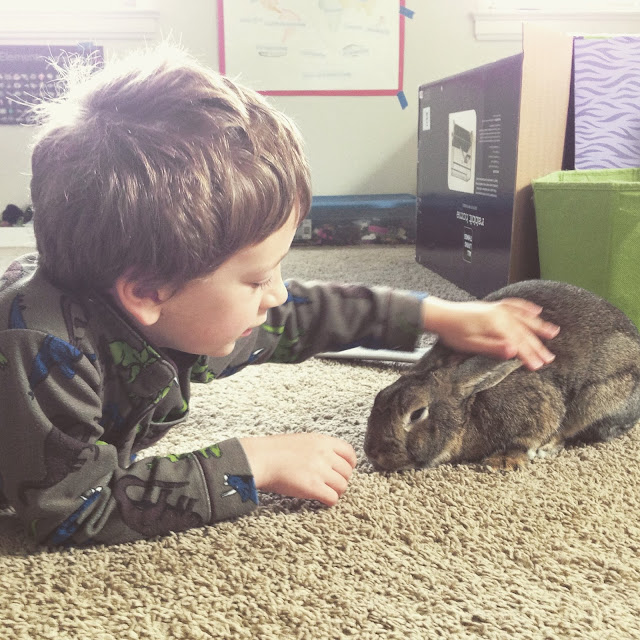 We've had Pippin (full name: Peregrin Megatron Ninjabot McFuzzyPaws) for 3 weeks now, and I swear I'm not completely neglecting my cats in favor of him but he is getting the bulk of my attention still as we all get used to each other. We're relaxing a bit-- I've been super timid around him, as a rabbit feels so foreign compared to my experience with cats. I keep reading that rabbits are really smart, emotional, and sensitive, and I keep worrying that I'm unintentionally doing a bunch of bunny faux pas and making him hate me. Which he doesn't, he seems to quite like me, but that's something that's always taken me a lot of convincing to fully believe from anyone anyway. But we're making progress. At first I was super careful and gentle about how to even pet him, but after watching him put up with Quinn's petting I feel pretty ok with ruffling his fur and ears a bit.

I'm now starting to look into training him, just small things like coming when he's called, or getting him to go into his pen on command. Or tolerating being picked up. Currently when I need him to go back in his pen I bribe him over with food, but it sometimes takes him a while to meander on over. I've tried picking him up a few times but he freaks out and I let go right away, because I'm worried about hurting him or pissing him off. Today I finally found this article on training a rabbit who hates getting picked up and am now trying to work through the steps. We'll see how far we get with it. Quinn has been very disappointed when I refuse his requests to pick Pippin up and fly him around like he's a superhero bunny.

Other than refusing to let me pick him up and occasionally being stubborn about going back in his pen, lil Pip has been an incredibly well-behaved bunny. Knock on wood, but he's litter trained, doesn't chew on things he's not supposed to, is fun and curious, and loves being petted. The only bad behavior I'm trying to figure out what to do about is that he sometimes nips us, I think in the "Hey buddy, you're in my way" kind of nip that's meant to be gentle, but it can hurt if he gets your skin. So that's, um, interesting. At some point I'll need to figure out how to trim his nails, can't say I'm looking forward to that... But yeah, he's a sweet little guy and fun new buddy for our family.
Posted by Marcy at 8:43 PM No comments:

Email ThisBlogThis!Share to TwitterShare to FacebookShare to Pinterest
Labels: The Bunny 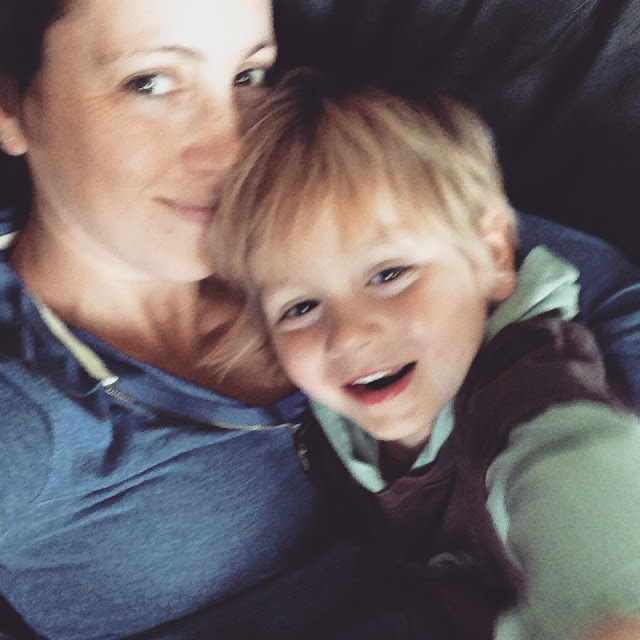 Email ThisBlogThis!Share to TwitterShare to FacebookShare to Pinterest
Labels: Grace in Small Things 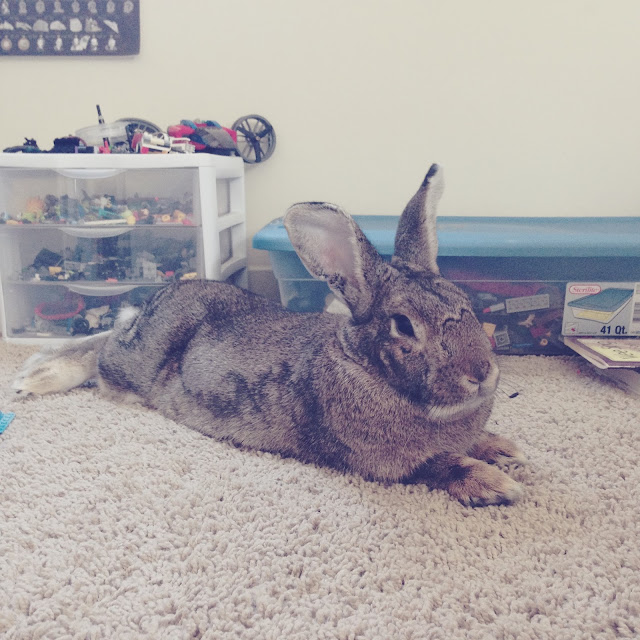 Email ThisBlogThis!Share to TwitterShare to FacebookShare to Pinterest
Labels: Grace in Small Things

walk in the park 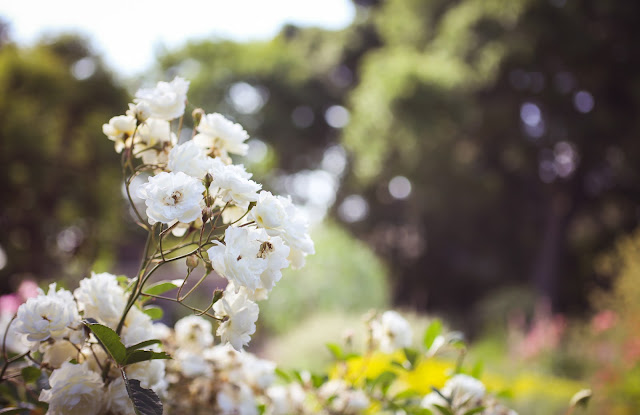 I finished a new post on exposure.co, from last weekend's walk through a local garden. Zach took the boys into the city this morning so I've got some time all by myself at home, a lovely treat. So I took the opportunity to finish these photos and post them, unencumbered by interruptions by little hands pulling at my arm asking for another snack or to hear their latest story. Instead I was accompanied only by my coffee mug and my favorite music playing.

I suppose photographing flowers is cliche, but it's a cliche for a reason. Last weekend when I was feeling drained, walking through an empty garden taking pictures of flowers that couldn't move or talk back or yell at me for trying to take their picture was perfect. And in some ways making beautiful pictures of flowers almost feels like cheating-- I don't feel like I'm really creating anything myself, so much as capturing something that is already beautiful and adding a little something to it. But there is something so satisfying about capturing these pictures. There is something about the shapes and colors, the soft abstractness of the blurred-out background, the contrast between that beautiful bokeh and the sharp subject. That's really what I love most about photography, I think-- that feeling when I look at a finished photo and find it beautiful and my heart just feels happy.
Posted by Marcy at 12:23 PM No comments:

Email ThisBlogThis!Share to TwitterShare to FacebookShare to Pinterest
Labels: Photography

I'm about halfway through editing the pictures I took at Gamble Garden last weekend. I will post a whole set over on exposure once the rest are done, but I wanted to share this handful of favorites because I just love them. The colors and that bokeh, just... swoon. 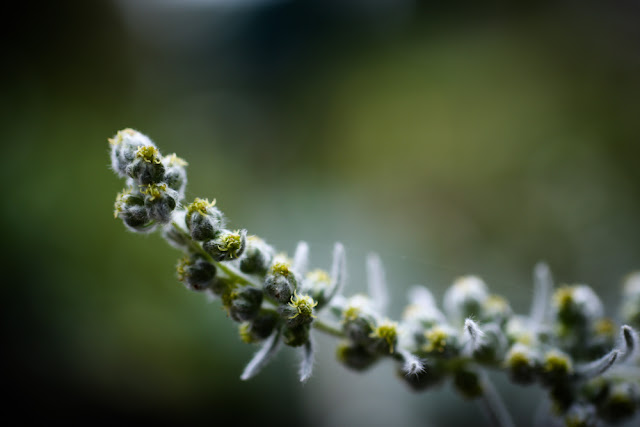 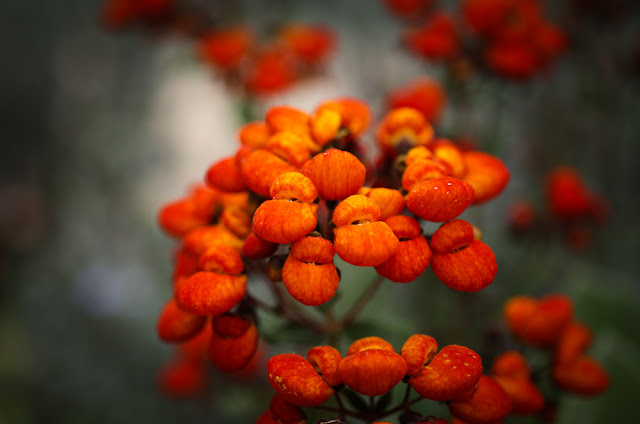 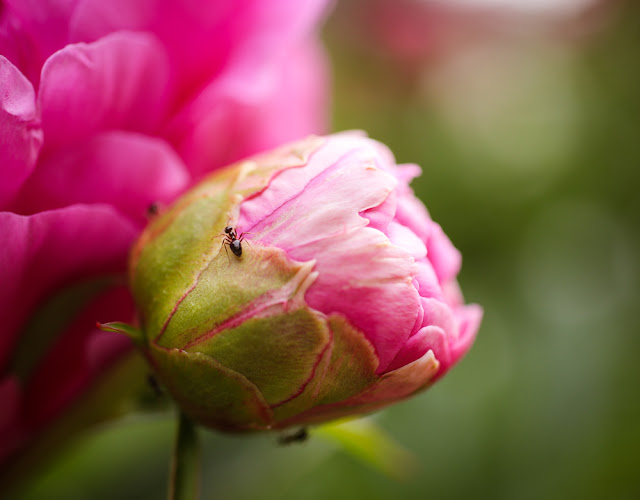 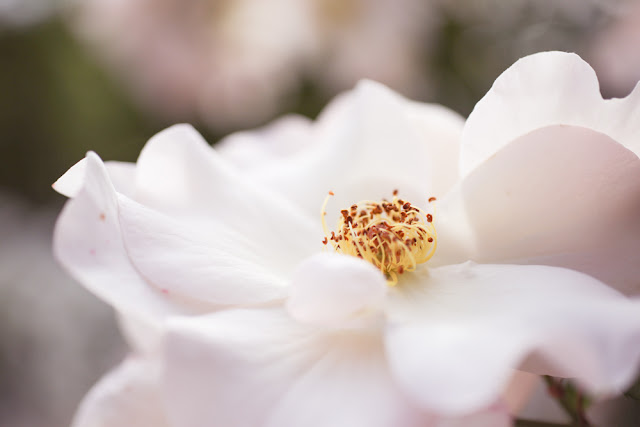 I feel like I've been down and negative and complainy a lot lately, so why not try to resurrect a little gratitude practice as a way to turn the attitude around, right? So here are 5 things for which I am grateful. 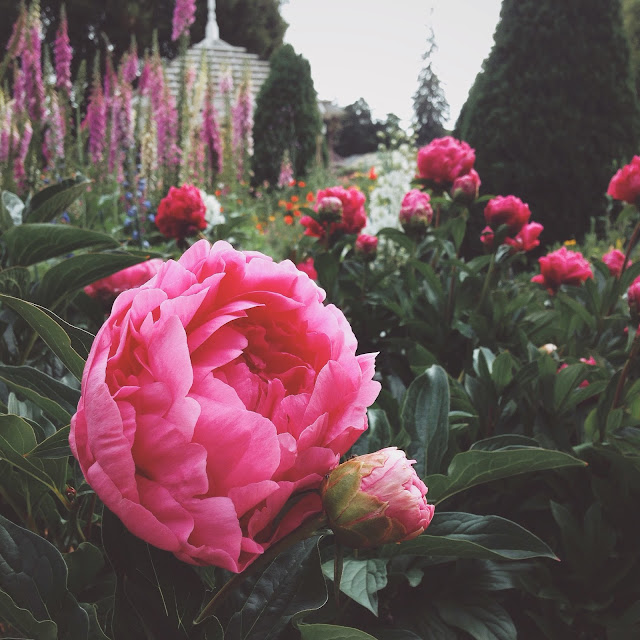 looking for the light 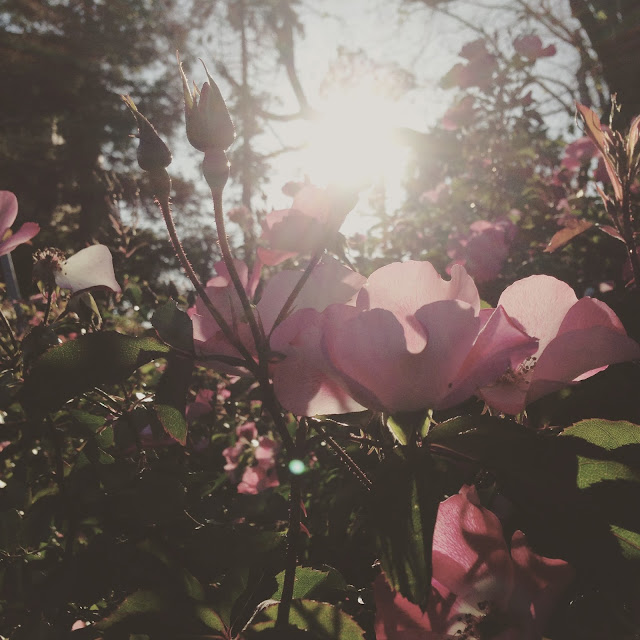 This has been a rough week. There was the heartbreak at the devastation from the Nepal earthquake (I nearly lost my breath when I saw an estimate that over 4,000 people have died). Then there are the protests in Baltimore, and feeling so discouraged and weary from watching people so clearly value property over life, and seemingly refuse to even try to understand the pain and frustration of a whole section of our population. Watching police overstep their boundaries and tread all over people's rights over and over again, and no one seems to mind. It's exhausting, and I'm just a bystander able to turn my head away from it when I want to.

Along with all that, Quinn has been going through a really frustrating phase the past few weeks. I think it's all fairly age-appropriate, and overall I think I'm doing the best I can at handling things (I could do with a bit more playful approaches to getting out of power struggles but it's so hard to scrape up the mental energy to do that when you feel so drained). It will pass, but it just sucks right now. Brushing teeth has been a struggle, as he insists on "brushing" his teeth himself, but basically just chews on his toothbrush, and so then I have the choice of letting it go (and accepting the potential cavities that will come of it) or forcing him down on the bed and brushing his teeth myself, complete with kicks and screams and tears. I am loathe to do option 2 as he is now strong enough that fighting him is extremely difficult, and also I feel pretty hypocritical about holding him down as he screams given that I spend most of my day yelling at him about body autonomy and letting go of Donovan.

I'm also staying up too late every night and not getting enough sleep, which makes everything else so much worse.

There have been some bright spots in the past week or so. The boys started swim lessons, which they both greatly enjoyed, and D's teacher said D was picking everything up faster than most of his other students. We've also been making friends with a family who lives across the street, in an apartment complex with a pool. They had us over this morning for a swim and the boys had the best time-- and I watched D continue to develop his swimming skills, playing games to see how long he could hold his breath underwater, and practicing swim strokes. Sasha was here for a visit the past 2 days, which is always pretty wonderful. Zach and I even got to go on a date last night, while she watched the kids.

I'm trying to focus on the good stuff, and let go of the things I don't control over anyway. I'm trying to embrace the moments when Quinn is being funny and sweet and silly, vs when he's screaming at me or trying to hit me. It will pass, I know. Just gotta power through it. And take care of myself in the process.
Posted by Marcy at 8:20 PM No comments: