There's this assumption that I think many of us buy into that parenting is its most intense and demanding when our kids are little, and it eases over time in a somewhat linear fashion as they gain ability and independence and don't need us as much anymore. I clung to this idea during my kids' intense infant and toddler years-- "this too shall pass" is a mantra I repeated to myself often when I was being screamed at by a furious toddler, or at 3am when I was so tired I could barely keep my eyes open and my entire body hurt from exhaustion but my child refused to sleep.

In some ways, yes, things are a lot calmer and easier now that my boys are six (almost SEVEN!) and nine years old. They can get themselves dressed. They can feed themselves (sometimes). They can communicate effectively and actually TELL me what's wrong and what they want, instead of an endless guessing game of grunts and screams.

And yet, I sometimes feel like I am more emotionally and mentally drained now than when they were little. Which may be a trick of memory, it's so hard to really compare now vs then. But I feel drained of creative energy, something I thought would improve, rather than get worse, as my kids grew up.

This has puzzled and flustered me.

But then this morning something hit me, and I think I figured out what the difference is.

When my kids were babies, when they were toddlers, their needs were intense and constant, but when you really get down to it, they were fairly simple. They needed my help to get to sleep. They needed me to provide food, and cuddles, and love. I knew how to do those things. Teaching them right from wrong meant taking away the toy they threw across the room. I look back and feel a self-assuredness that's been amplified in memory as I know I doubted myself a lot then, too, but when I stepped back and looked at the forest as a whole, I felt fairly confident that I knew what they needed and how to give it to them-- they needed love. Reassurance. Safety. I held them, I sang to them, I played with them. I (mostly) stayed calm when they cried, because yelling at a baby accomplishes nothing (other than making them cry even harder).

And most of all, I felt fairly sure that I was doing the right things for their development, for them to grow into competent and compassionate human beings.

Now, they are a bit older. Still children, but on the cusp of tweendom. Their needs are less constant, and on the face of it, less intense. But they are less predictable, and they are a hell of a lot more complicated.

They still need my love, my attention, my comfort. Those needs feel easy. But now instead of soothing the hurt of a scrape on a toddler's knee, I'm trying to soothe the sting of rejection, whether from a friend or a cherished older brother who doesn't want to play with you, yet again. I wonder if they have enough friends, if they see those friends often enough, is their circle of friends diverse enough or am I raising them in a bubble? I'm trying to figure out how to talk to my children about issues like racism and wealth inequality and teaching them about the huge amounts of privilege they enjoy, in ways that are age-appropriate but that do need to start early because I want this to be second-nature to them. I want them to think of others, and I want them to listen to their gut and their needs, and figure out how to find that balance. And as homeschoolers, I also worry about whether they're learning what they need to, when they need to, and am I providing enough opportunities for interesting things, and do they have enough hobbies/interests? And very, very close on the horizon I see the conversations and issues we'll need to tackle as they enter tween/teendom and talking about their bodies, and other peoples' bodies, and love and sex and dating and consent(some of these talks we've been having in a simplified form for a while, but they are another thing that will get more complex as they get older...).

They are that much closer to the people they will grow up to be, which is amazing and also scary because the stakes seem higher now. It's easy to look at any one fault or mistake in isolation and project it into their future, as if having a selfish moment means they will always be selfish, entitled brats (when really most of the time they are fairly calm and kind).

And to further complicate things, as their parent and primary caregiver, I both feel responsible for who and how they are while also knowing that really my scope of influence is limited and I have no idea how much of what I do really gets through or makes much of a difference (I know it does, but I also know many siblings from the same family who are like night and day, so clearly parenting doesn't have quite the effect we hope it does in terms of shaping personalities).

To sum it up... when they were little, caring for them was hard but I felt pretty assured that I was fulfilling their needs effectively. Now in many ways things are easier, but feel heavier, and less certain. I think I'm doing right by them... but it's harder to tell. It's much easier to suspect that I am failing them in one way or another. And the mental and emotional energy required to monitor their needs, try to anticipate what they need and how to meet it, how to guide them while letting them find their own paths, all of that seems to take more out of me than I've realized or acknowledged.

But somehow, just having that realization kinda makes me feel better.

Email ThisBlogThis!Share to TwitterShare to FacebookShare to Pinterest
Labels: Parenting

A bit of navel-gazing brought on by my 37th birthday 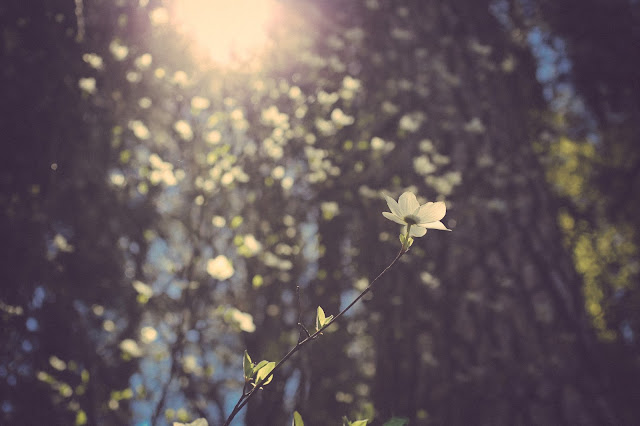 Zach's been going through the process of searching for a new job the past month or so, something that got me thinking about my own "career"... and remembering that I don't have one. It has been a full decade since I last held a paying job. If I had to write up a resume and try to get a job right now, I would have zero marketable skills to put down.

This recent realization hit me like an 18-wheeler. I instantly felt two things, very strongly:

1)  Shame, that I've "wasted" these past 10 years with no professional experience to show for it. I even got a letter from the social security office recently gently reminding me that I haven't paid in enough money to qualify for benefits, if/when I should need them. In a world that measures your worth by your earning potential, this means I am an utter failure.

2)  Pissed Off at this capitalist system that measures your worth by your earning potential. Because I DO value the work I have devoted these past ten years of my life to doing-- there is intangible value in this time I have spent with my children, with my family, it is priceless to me. Not to mention tangible financial value in the childcare costs we haven't paid (because I've done that work) and how my work here in the home has allowed Zach to follow his career wherever it's taken him, whether across the country or across oceans, or to small towns in the middle of nowhere to get an advanced degree.  He would not have been able to do those things had I had my own career that we had to worry about and negotiate over. It sucks and pisses me off that those things don't "count."

So what do I do with those feelings? Do I want to seek a paid career? What would that be, and in what sort of a time frame? What steps do I need to lay out and complete to achieve that? How would I juggle that with homeschooling? How do I figure this shit out with my limited mental energy & free time?


Which kinda brings me to the other thing on my mind these days, as Zach goes through his job search process and I am reminded yet again of the disparity in opportunities for those who are able to jump through certain hoops, and those who can't/don't-- hoops such as going to a top tier MBA program that required you go into six-digit debt, but opens up doors to ludicrously-well-paid jobs afterwards. That's a hoop we were able to jump through thanks to a combination of hard work and lots of good luck, and now gets to reap the benefits by being in the top 10% of earners.

Sure, I could say that Zach has earned this, that he has worked really hard and he is super talented and that is why people are willing to pay him the big bucks. All that is true.

And yet, why does he get to enjoy & benefit from that, when so many others who are just as hard-working, just as talented and smart, get paid much less, or don't get hired at all, don't even get the chance thanks to the layers of discriminatory housing, schooling, and hiring practices rampant in our past & current laws and culture?

I talk about how I hate the way capitalism values people based on their "profitability," yet I am very much complicit in this system that I benefit from simply because I managed to marry a guy who went on to win the class lottery.

So my life is deeply steeped in privilege of all sorts, and drowning in guilt isn't really productive or helpful to anyone. So what is? How do I use this privileged position to help others in a way that is meaningful, rather than just assuaging my own guilt? I feel like the work I do now (donating money, doing my homework, helping educate others) is just the very tip of the iceberg, the bare minimum I could be doing.

So those are the things I am pondering on this 37th anniversary of my arrival into the world. I have some vague, nebulous ideas, but not a lot of concrete ones. So I guess my resolution for the coming year is to sit down with these questions and hammer out some solid answers.
Posted by Marcy at 6:28 PM 3 comments: