One day I will come up with a clever unifying title for these posts.... 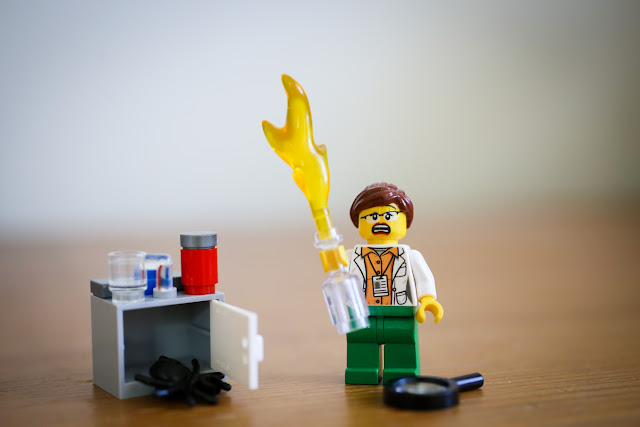 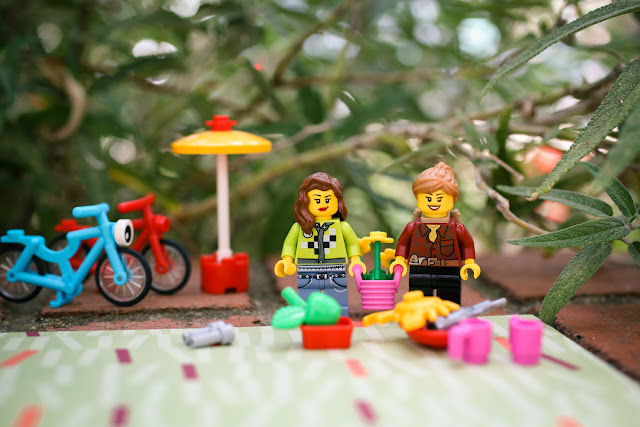 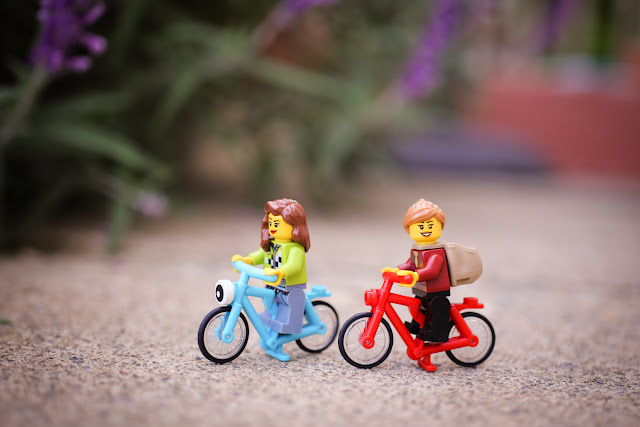 (failed attempt at) a grand day out

Yesterday the boys and I went to look at the Greg Brown murals scattered around downtown Palo Alto. I had a walking tour map in hand, so our wanderings could be a bit less aimless. I had a whole plan for the day-- we would explore the paintings, go have pizza for lunch, then join in on our homeschool group's park day that afternoon.

Things did not go as I had planned (do they ever?). Suffice it to say, the boys were not of my same mind... or, I don't know. I think Quinn was enjoying our time, but wanted to do a lot more running around and street-time-wrestling with Donovan than either I nor Donovan were comfortable with, and I had a hard time keeping calm, which means eeeerrrrybody explodes (probably the most important and still hardest-to-implement parenting lesson I have learned-- if I can just manage to stay calm, everything goes about 1,000 times better. When I lose my shit, it all goes down the drain). I'm sure there were a few people yesterday who saw me yell at Quinn and went home to write facebook diatribes about how shitty parents and their out-of-control children are today. 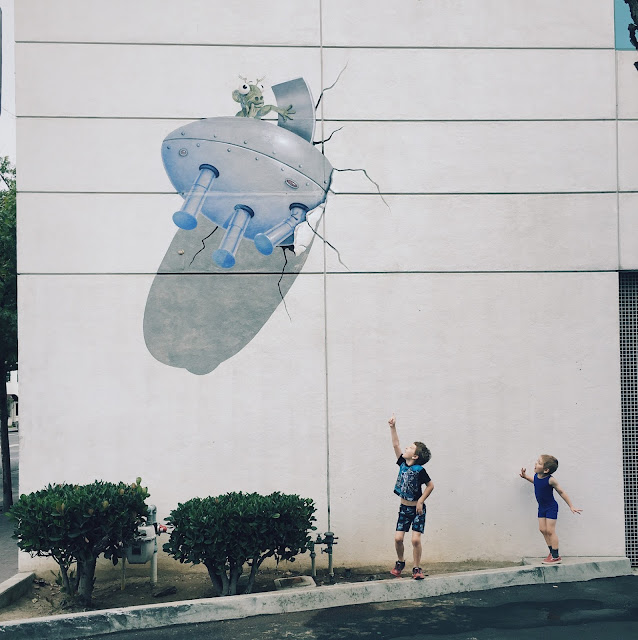 Needless to say, I admitted defeat pretty early on in our outing, and we just went and got pizza (is that a "reward" for difficult behavior? Or is it just accepting that food often makes kids feel better? And that I also still didn't want to deal with making lunch once we got home?) and went home, because they also both insisted that they were not in the mood for going to the park.

The thing is, I have cute pictures that I took during the more pleasant moments of our morning walk, and I could easily post just those and make it look like we had this awesomefamilytime out together. And I don't want to get into the whole social-media-sucks-because-everyone-is-fake myth (it's not, but don't assume you know everything about someone from what they post...none of us work that way), but despite my best efforts I do sometimes get bogged down with looking at the cute pictures others post and thinking, "Wow, their family does so much cool stuff, why are we such losers?" But a) I know we aren't, and b) I remind myself that everyone else also has sibling squabbles and bad moments and all-around family-wide meltdowns from time to time. 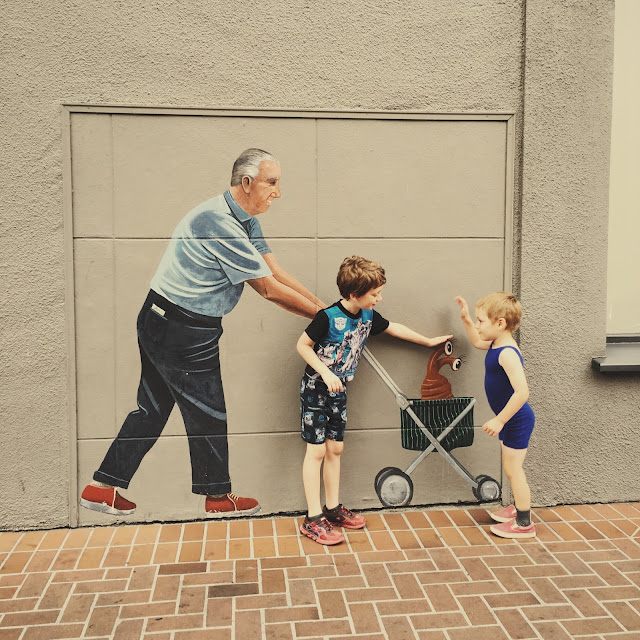 Somewhat related, I was thinking the other day how part of the reason that parenting feels so intense and stressful in the early years is that it all feels so permanent. Parenting books and so-called experts don't help with this, as they are usually the loudest voices cautioning against setting up "bad habits" and making parents feel like if we "let" our kids do X, Y, or Z, they will never ever EVER outgrow that horrible habit/flaw and it will ALL BE OUR FAULT.

And the truth is, almost none of what we do is permanent. One benefit of growing older, and of watching your children growing older, is noticing the ebb and flow, the constant change and evolution of their selves. Your kid who could not sleep on his own, suddenly takes long naps in his own bed, or even sleeps all through the night. The kid who needed to be held 24/7, walks away from you contentedly. They depend on breastfeeding or bottles, until one day they don't. Everything that felt so crucial, so crushing, eventually melts away into the next phase of things. Some of those changes happened through our meddling, much of them are often just kids maturing and not needing the same things as they used to.

After 7 years of parenting, it's a little easier for me to step back and see the whole forrest instead of obsessing over the trees (I do like that saying/metaphor, don't I? Feels like I use it a lot), though I still need those reminders. I still worry about whether there are things I should be doing, should be paying attention to, that I am missing. But yeah it's a little easier to step back and remember all the other phases we've gone through, and recognize that the challenge I'm facing right now will likely also change in time.  And that's not to shirk my responsibilities as their parent, I still have lots of work to do in responding with kindness and respect as much as possible, but in many ways my job is to guide them and also just kind of get out of their way.
Posted by Marcy at 8:30 AM No comments:

It's been nearly 8 years since we bought our first "real camera." In that time I've gotten fairly good at photography, and taken probably hundreds of thousands of pictures of my kids, my cats, lots of flowers, friends and family, etc. At some point, most people who gets half-decent at photography starts to wonder... "should I go pro?" It's a fair question, right? Who wouldn't want to make money out of something they already do for fun anyway?

A couple weeks ago an opportunity for a paid photoshoot fell into my lap. I've done shoots as favors to friends and family a couple times before, but this was the first real, honest-to-goodness paid work that was offered to me. The job was taking pictures at a local school, for an upcoming fundraising drive. It was a fairly ambitious project, two days of shooting for about 3 hours each (plus all the editing time afterwards). I was asked to name my price, so I spent a bunch of time researching what the market rate would be for such a job, and made a bid on the lower end of that scale. We talked on the phone about what kinds of photos they wanted me to shoot (while I tried to hush children tugging at my clothes), we set dates, I arranged for childcare for that time, and rented a fancy lens better suited for the kind of photography I would be trying to attempt.

I felt giddy at being asked to do this thing; excited to try a new challenge; irritated at how difficult it was to set up all the details while trying to wrangle my kids who always seem super needy right when I'm trying to get other shit done (I've always been in awe of people who work while also caring for their kids at home, and I felt that even more acutely that week); and as the first day approached, increasingly nervous about being able to deliver on what I had promised. I made note of all these emotions as they took over. The days of the shoots came and went. In the end I think I did a good job, though wish I'd done better. I felt relieved when I finished processing the last batch of photos and sent them off. I have yet to hear back from the school on whether they are satisfied with my photos, so I'm still feeling nervous about that.

The same week, one of my best friends asked me to take newborn photos of her niece. She offered to pay, but I turned her down. Partially because she's been such a great friend that I wanted to do this as a gift to her and her family. But also, because I noticed how nervous the paid shoot for the school had made me feel-- how it upped the ante, added pressure that turned the photography experience from a fun challenge to an obligation where I constantly felt like I wasn't doing good enough work to justify getting paid for it-- and I wanted this infant session to be fun, light, playful. I took the baby pictures on friday, and that session felt so much more relaxed. I wasn't nearly as nervous or stressed out.

I've been thinking all this over the past couple of weeks. Part of me does sometimes wonder about turning this hobby into a (part-time) career. Is the nervousness just a symptom of "impostor syndrome" or other insecurity? Am I just being lazy, to not want to do the work to push myself to the next level?  I don't know, maybe. I certainly see other "pro" work that I think is inferior to what I can do. But mainly, I think, it's that I have really high standards for what I consider pro-level work, and I don't want to have to hold myself to those standards. I think my photos sometimes meet them, but not consistently enough.

I also don't have a niche yet. A lot of photographers are generalists, spanning everything from weddings and events to family portraits to newborn sessions, etc-- each of which require very different approaches and sets of skills. And many people can do all of those things well, but there's something to be said for specializing and really becoming an expert at one kind of photography. The school and newborn shoots were both really interesting, and showed me how much I have to learn about how to photograph events and babies (and how very different they are).

(I also would have to start shooting in RAW and learn how to edit more heavily, which-- and I realize this is sacrilege in most photography circles-- I really just prefer shooting in JPEG. It's simpler, saves me time and space. I don't have a ton of extra time on my hands, and I'd rather not spend more than 30 seconds to a minute editing each image)

So yeah, it's been a pretty interesting learning experience, on many levels. I wanted to write about it partially to keep all this fresh in my mind, and for future pondering. My creative spark tends to ebb and flow, and I'm sure all this will come up again later on down the road... and one day I'll be ready to think more seriously about seeking work-outside-the-home, in which case something related to photography could make loads of sense. But for now I like it better remaining something I do for fun, for myself, without obligations or deadlines.

Last week I bought a new lens-- canon's 85mm f/1.8, to round up my set of primes (I also have the canon 35mm f/2 and sigma 50mm f/2.8 macro). I tested it around our yard, and even got the boys to pose for me (well, Donovan at least. Quinn kinda just looked at me). These were all shot wide open because why would you ever not shoot wide open (says the bokeh addict). The one surprise with this lens is that the minimum focusing distance is kinda far-- you have to be nearly 3 feet away from whatever you're trying to focus on. Which for most things subjects isn't a problem because of the 85mm focal length, but I'm just used to being kinda right on top of my subject. But, this will be a nice lens to get closer-up pics of the boys without having to be right on top of them, since they're not as ok with that as they used to be. 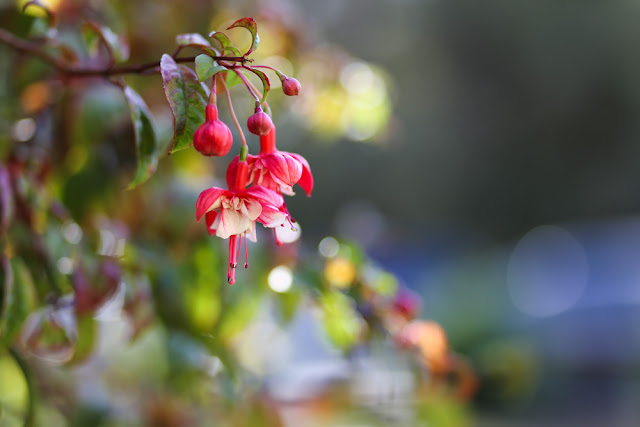 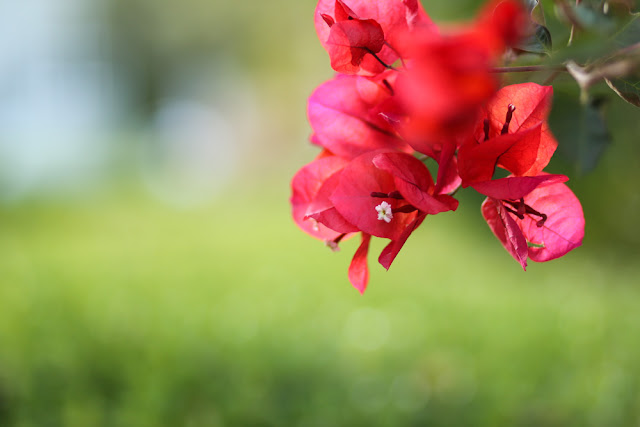 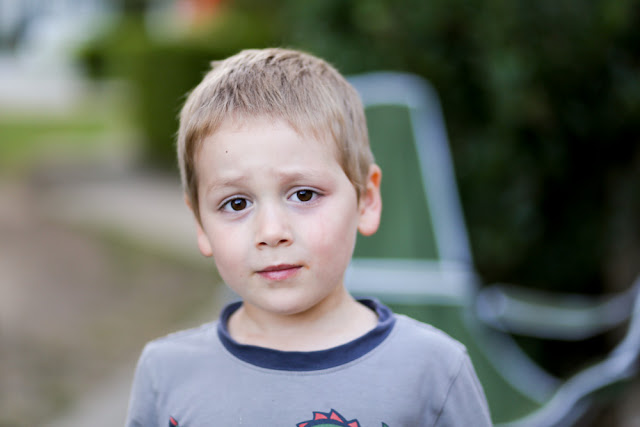 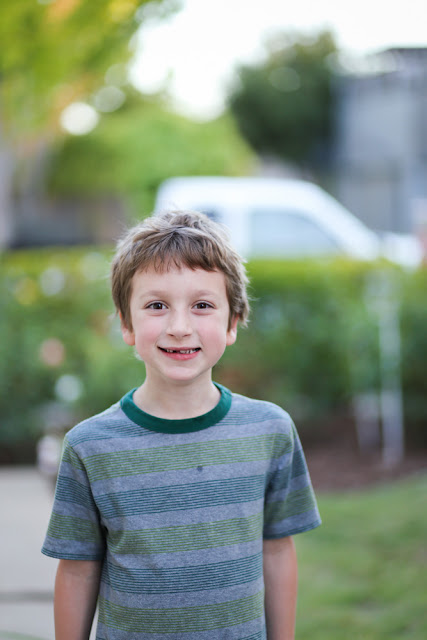 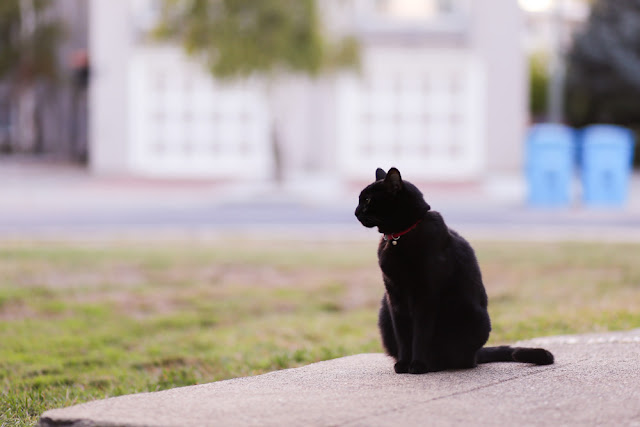