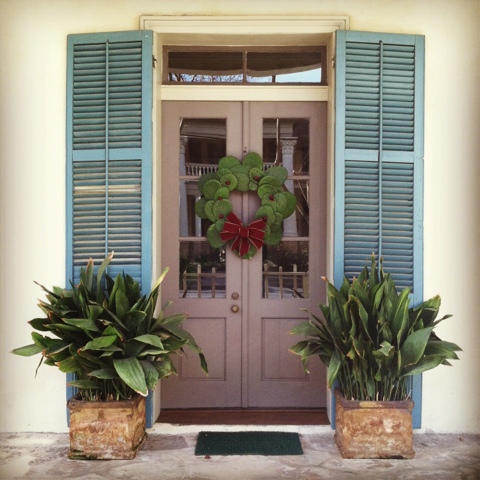 Zach and my 9 year wedding anniversary is in a couple weeks. To celebrate, we took advantage of doting and willing grandparents by leaving the kids with them and escaping to San Antonio for two nights. We did this about 3 years ago, too...it was a great break then, and even more welcome now. The fall semesters were great in many ways, but Zach was so busy with, well, everything that we hardly spent any time together (and looking ahead, the first couple months of the new year may be just as busy). We did a few touristy things like the Riverwalk and strolling through the King William district (everything looked so pretty all decorated for Christmas), but focused mostly on something we rarely get to do-- just hang out together, no distractions.

Yeah, it was really nice. 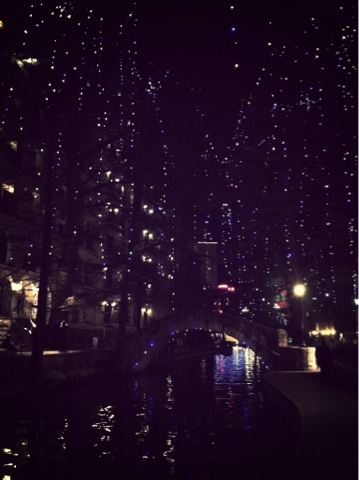 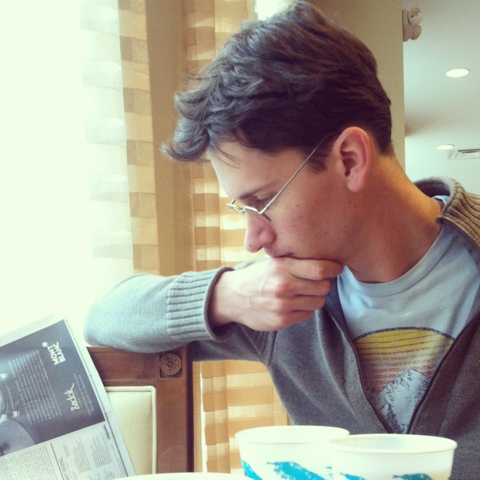 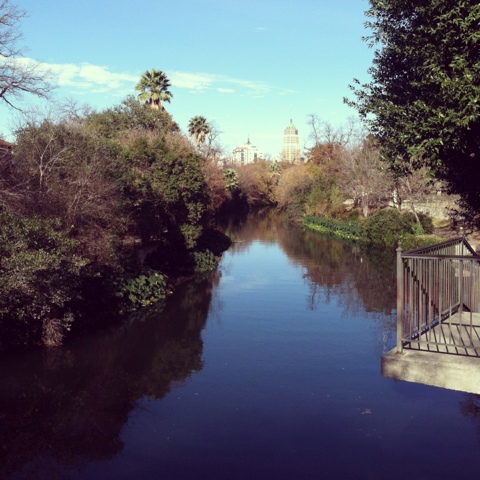 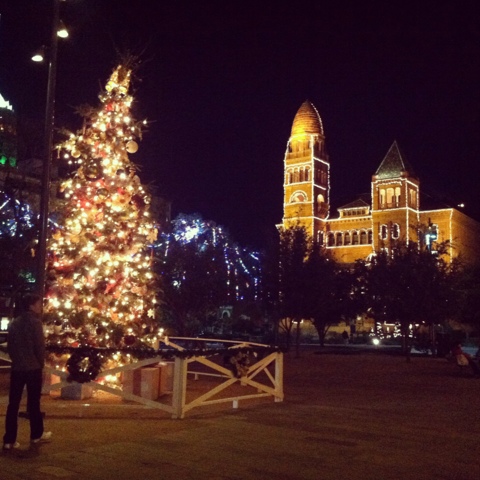 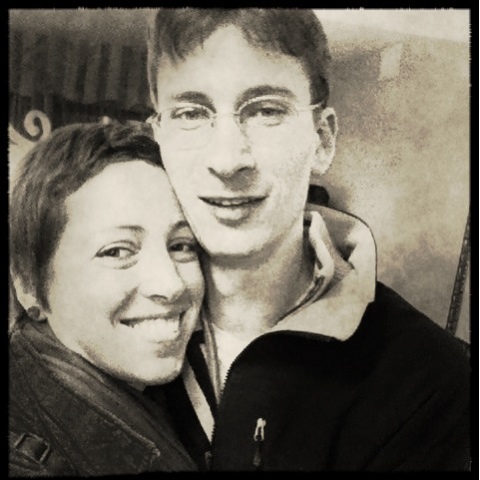 A few days ago I took Donovan and my niece to meet up with a couple friends of mine to check out the 37th Street lights together. I don't know how or when it started, but it's become an Austin tradition for the residents on this street to put up neat/funky/ornate holiday light displays. This year's adornments included a stuffed animal petting zoo, a sock monkey nativity scene, and a longhornicorn (whatever that is). D's favorite was the decorated motorcycle, of course.

We'd intended for this to be a photowalk to practice shooting night/christmas light photos. Since my fancy camera is still out of commission, my trusty iphone had to suffice... 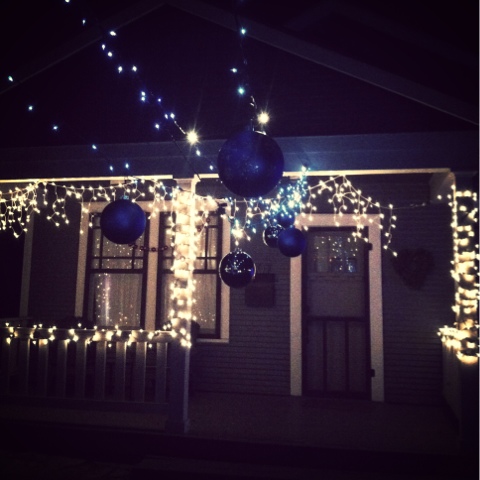 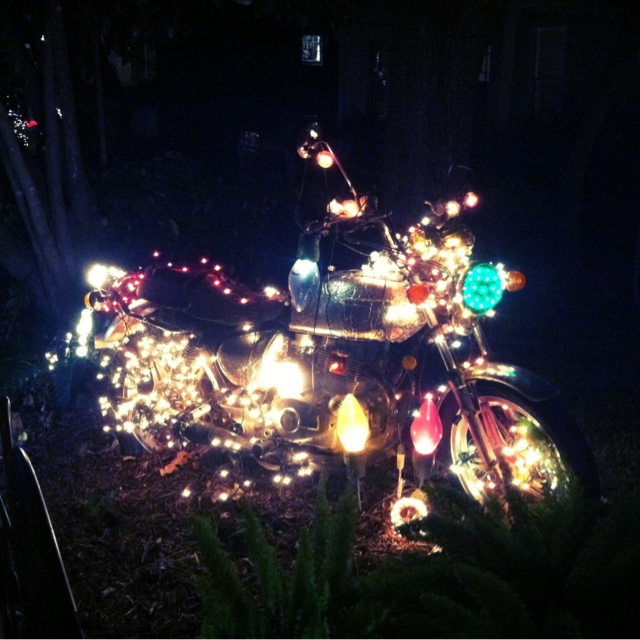 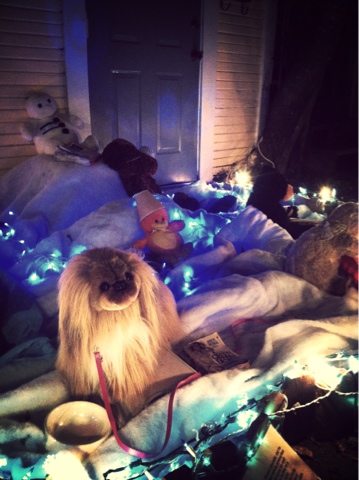 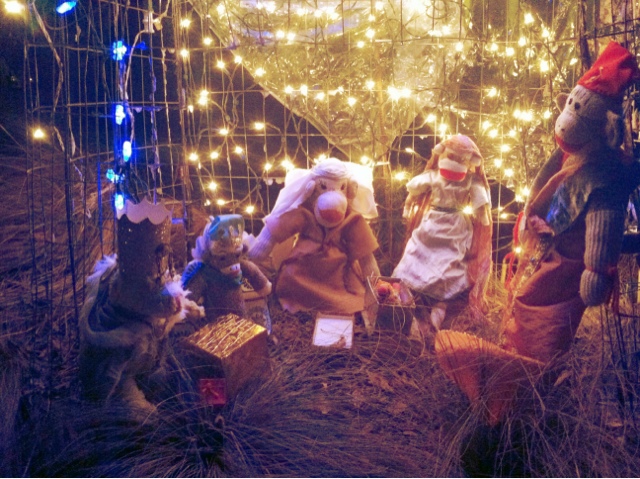 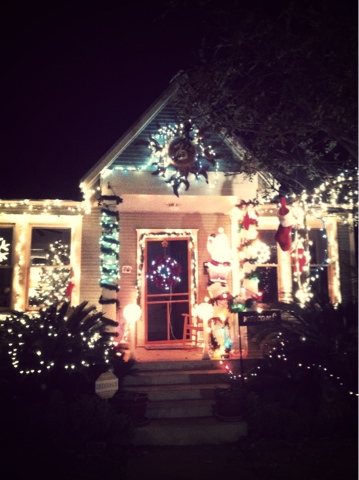 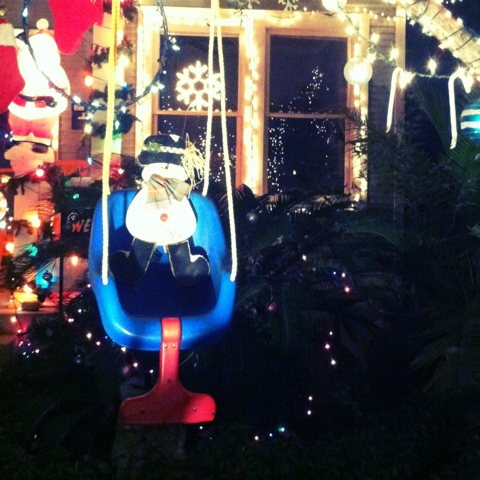 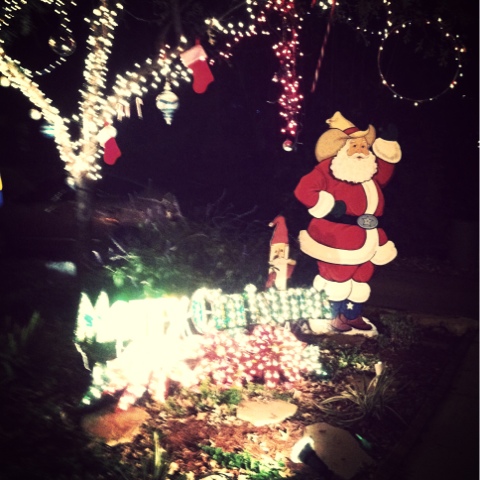 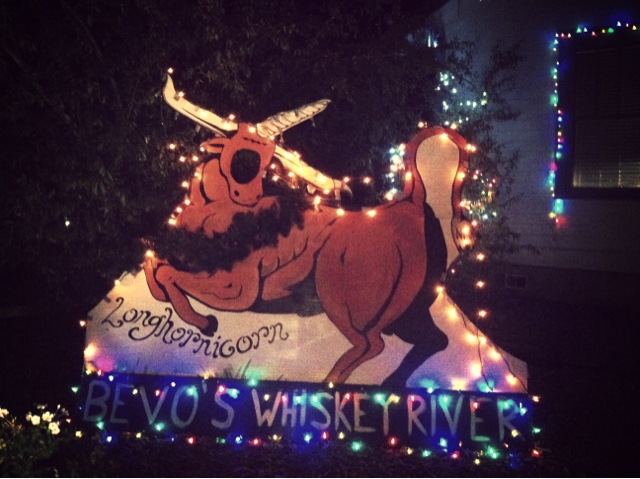 I've been debating whether or not to write about the Sandy Hook shooting. My commentary is probably not needed*, and if you've kept up with me on Facebook or twitter over the weekend you know full well how I feel about our desperate need for stricter gun control (background checks, assault weapons ban, mandatory safety training... are these things really so much to ask?), and for a better mental health care system (not to prevent mass shootings because I don't think it will, but because it is the moral, humane thing to do).

But I also wonder why we are not as outraged by the adults and children killed by guns every single day-- about 30,000 every year. As everyone points the finger at mental illness and how we need better mental health care to stop "the crazies who shoot people up"**, I wonder why no one pays attention to the fact that over half of all gun deaths are suicides. Or how about the several hundred who die every year from accidental gun shots? Are these numbers too large, too abstract to garner as much attention?

There is so much more that can be said, but others have already said it better than I could so I will instead leave you with these links. I hope this can be the beginning of long-lasting discussions and change instead of letting these issues fall away again once the media attention fades (until the next shooting, anyway).

Facts about Mental Illness and Violence

The Inconvenient Truth about Mental Health and Gun Control (I don't necessarily agree with everything in this post, but she has some good points and it's nice to see someone lay out concrete steps we could consider)


* yet here I am giving it anyway...
** note how when a brown man goes on a killing spree we call it terrorism and blame his (assumed) religion, when a white man does the same we call it mental illness and blame his mother.
Posted by Marcy at 11:50 AM No comments:

Email ThisBlogThis!Share to TwitterShare to FacebookShare to Pinterest
Labels: In The News, sometimes life ain't so good, Weblink 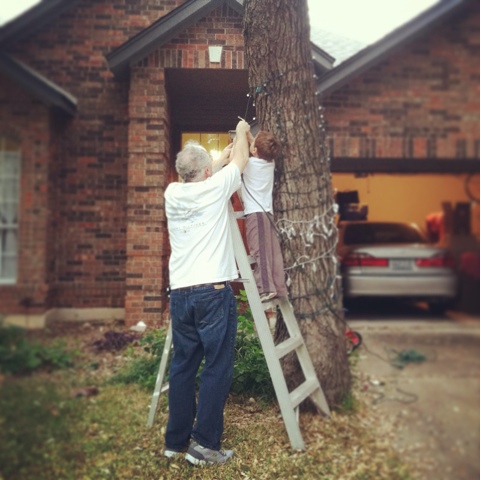 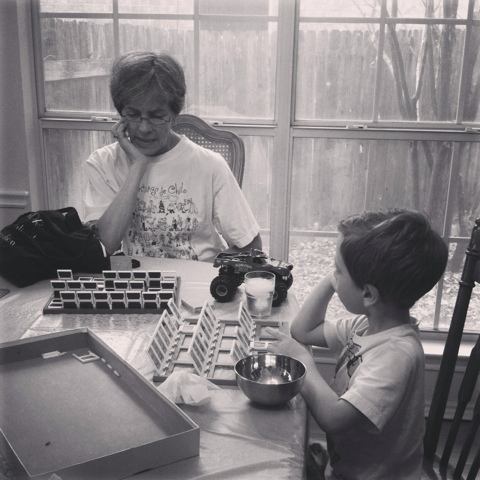 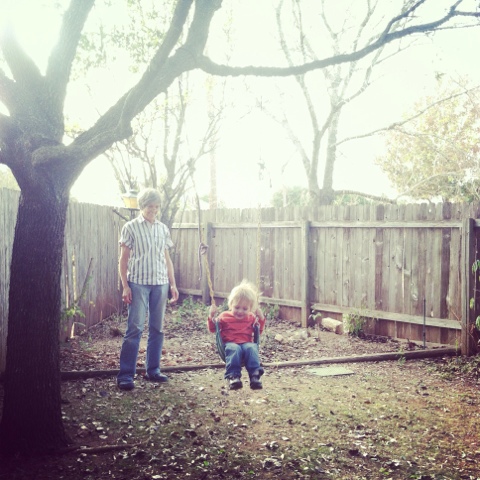 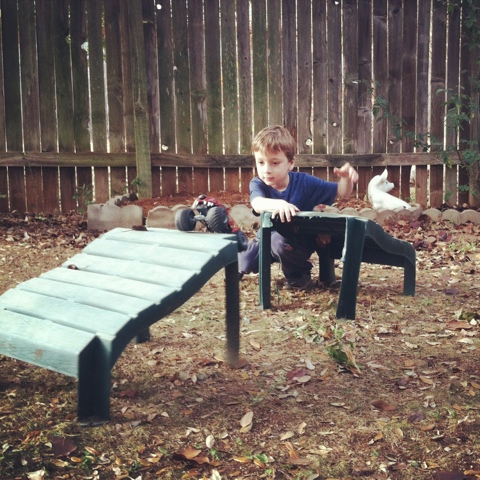 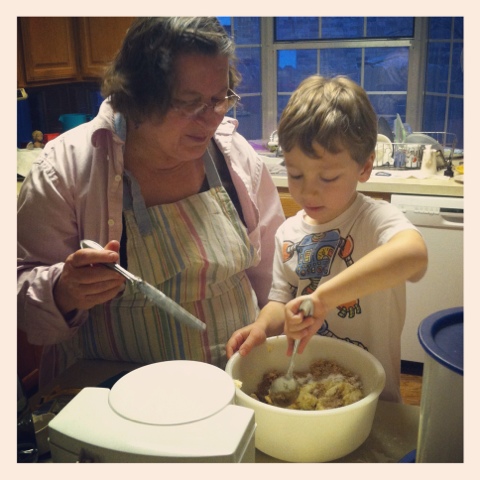 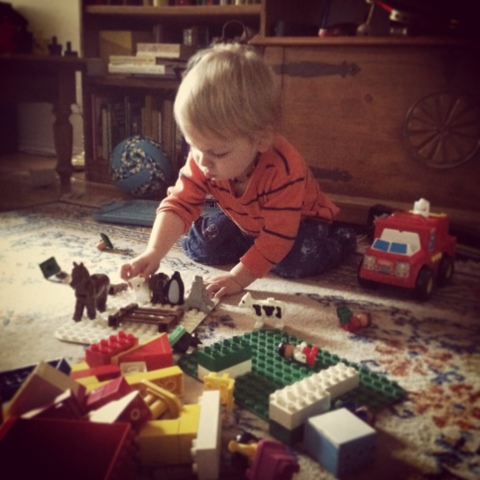 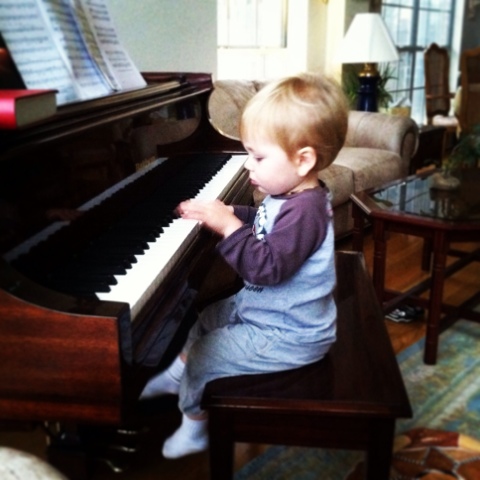 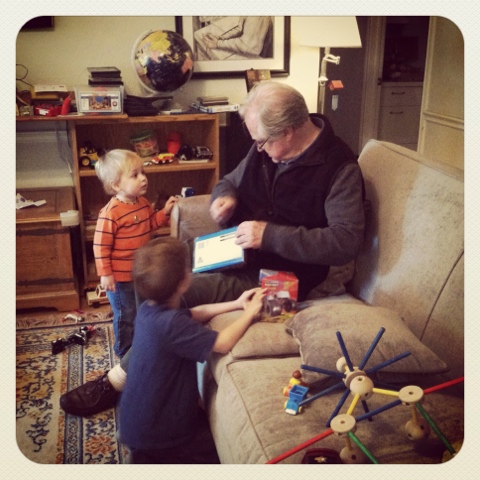 We made it! Barely.

So, we made it. We flew "home" (funny how I still call it that even though it's been about 10 years since I last lived here) to Austin on Wednesday and arrived safe and sound... Though we almost missed both our flights.

Zach took his last final Wednesday morning, then raced home so we could get ourselves sorted and back out the door. We left a little later than planned, and the drive to Manchester took a little longer than we thought, which combined meant we got to the airport with only 30 minutes till our estimated departure time. Thankfully, upon getting to the check-in desk to drop our bags we found out our flight was delayed by 2hrs. And, thankfully, Zach had made a point to book a long layover for us in case our first flight got delayed bc of weather. So we had a couple hours to kill at the Manchester airport... We ended up running into about 10 other Tuckies on their way out for the holidays, and we discovered a play area near our gate so we spent a good bit of time over there. At the gate right before boarding the boys were running around like wild banshees and I could just see the look of fear on the faces of our soon-to-be fellow passengers.... But, the flight went fine. The plane was almost empty so we had plenty of space, and it was short so no one got too restless.

We got another dose of excitement in Newark- we'd used up our long layover and raced to the gate, getting there just as they were making the last boarding call. Miraculously, this flight was also nearly empty so we got a whole row to ourselves in the back. By then it was past the boys' bedtime, and after a while they both passed out asleep (WOOT!) and slept for a good portion of the four hour flight (DOUBLE WOOT!). So that made things way easier. Of course, then we landed and we had simultaneous meltdowns as Quinn wasn't at all ready to wake up and Donovan suddenly got some pretty nasty leg pains, but we managed to get off the plane and over to baggage where our welcome committee (aka the grandparent brigade) was waiting.

Zach left the very next morning on a recruiting trip on the west coast with several other Tuckies. The boys and I have been just hanging out here, enjoying grandparent time. One of my favorite parts of these visits is watching our parents and our kids just revel in each others' presence. So amazing.

In another bit of news, I took my camera to a local shop the other day to see what was wrong with it. They confirmed my suspicions-- the shutter is busted. Not a huge surprise after 5 years of heavy use, but sad nonetheless. They said they couldn't fix it in house, I'll have to send it to Canon for repair and it'll take 2-3 weeks and cost $200-$300. At first I was sure we'd just fix it, but it's already needed one repair last year and now this, and I'm wondering what else might go wrong with it again? So now Zach and I are tossing around the idea of upgrading to a new body instead (probably still fixing my 30D to have as a back-up, but maybe waiting some time to do so). I stayed up late the other night reading up on different models and trying to decide what would make the most sense.... Not that we have the money to spend on a new camera right now (hello, loans!). I'm a little heartbroken at the timing of all this, since it means I'm without a good camera while we're here with everyone (other than my phone, which is great for what it is but just not the same). Pictures of D & Q playing with their grandparents and cousins are some of my favorite shots that I take all year.
Posted by Marcy at 6:30 AM No comments:

Update: after all my stressing, Quinn's party went just fine.  Ok, so the cake was a total flop and I may or may not have had a minor meltdown in my kitchen Saturday morning when I realized it was beyond salvageable. But, I got over it and sent Zach out to buy a cake before the party on Sunday and everything was fine (except for my ego, but that will heal).

There was one other casualty, though... 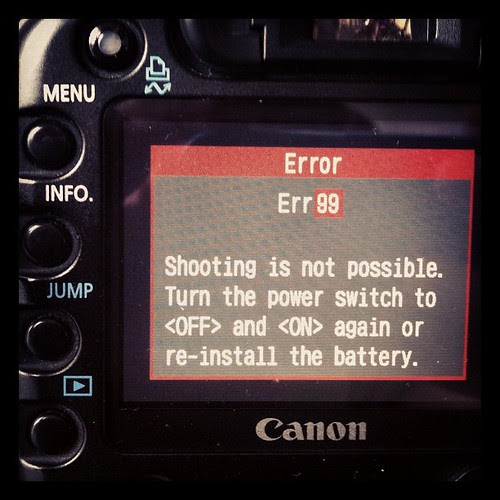 This happened right after taking this picture: 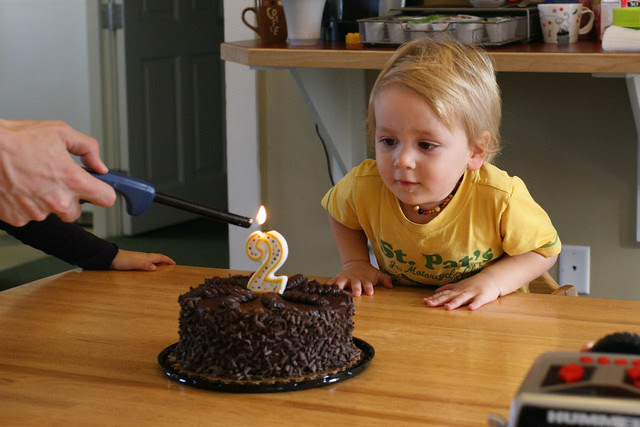 We tried everything we could think of to revive the camera (turn on/off, remove batteries, remove memory, try different card, etc...) but nothing worked.  I get the error when I try to take a picture- I click the shutter button, the shutter clicks and then the error message pops up.

Thankfully, our friends came through so we did get pictures of Quinn eating his chocolate cake.  And now we're about to go to Texas for the holidays, and my camera is packed up in my suitcase and I'll take it in to a camera shop get looked at in Austin.  Here's hoping it's something minor....
Posted by Marcy at 5:31 PM 1 comment:

It's been two years, and our little dude has gone from this 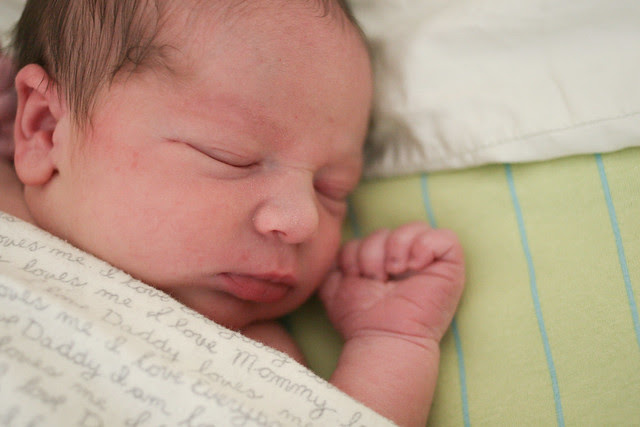 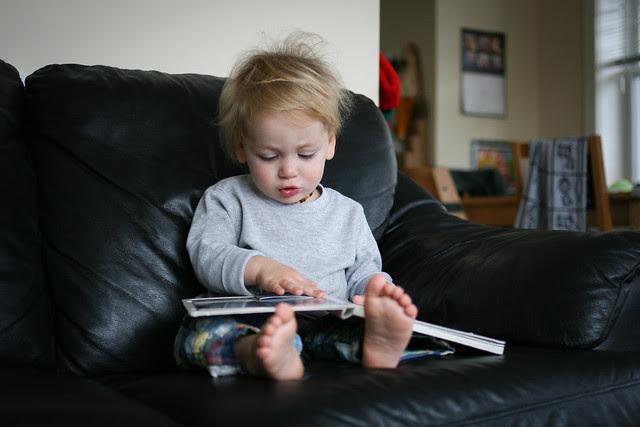 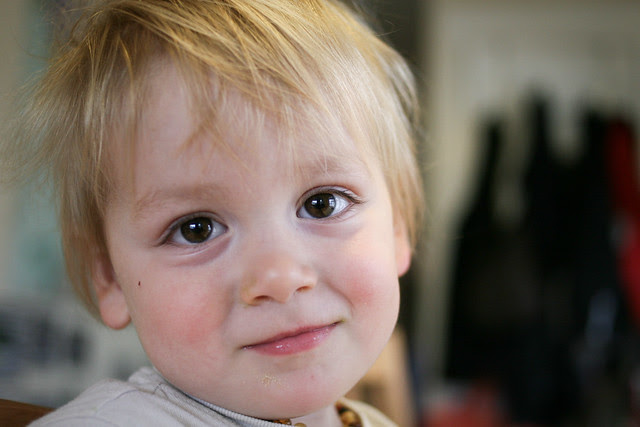 Music: Ice Cream by Sarah McLachlan
Posted by Marcy at 4:03 AM 2 comments:

stressing for no good reason

Quinn's upcoming birthday has been stressing me way out and I do not understand why.  Usually I'm so low-key about birthdays- pull a small party together, fun, whatever. No big deal.  But for some reason this year I'm all in a tizzy.  I have a tendency for indecisiveness and it is in full force right now, I guess.  I'm wigging out about every detail about the small, casual, absolutely-no-need-to-freak-out-about-it party we're having this weekend.  I've also had a hell of a time making Quinn's birthday slideshow, particularly picking a good song for it.  I have some homework to do before making Donovan's in a couple months...  At least I feel pretty good about my plans for Quinn's cake, so hopefully that turns out for me.

It may not help that we leave for Texas just a few days after Quinn's birthday.  I'm psyched about spending 3 weeks with family and catching up with our Austin friends, but I'm also worried about prepping & packing; about the long voyage from New Hampshire to Texas (10+hours of travel, people...god help us); about leaving our car in a parking lot for 3 weeks and whether we'll come back to it a) covered in snow, b) not starting, or c) both.  I'm sure it'll all be fine, but... still.

In happier news, we met up with friends tonight to check out the Dartmouth Christmas tree lighting and other activities downtown.  Despite the light sleet, it was a pretty great evening-- the tree was very pretty, we got to see a really cool train set that Donovan and his buddy Ethan were super into, and the boys got to meet the Grinch.  We even managed to end the night with some pizza and minimal meltdowns.  Woot!

Here's hoping this weekend and the week ahead go smoothly, and all my fretting turns out to be for naught. 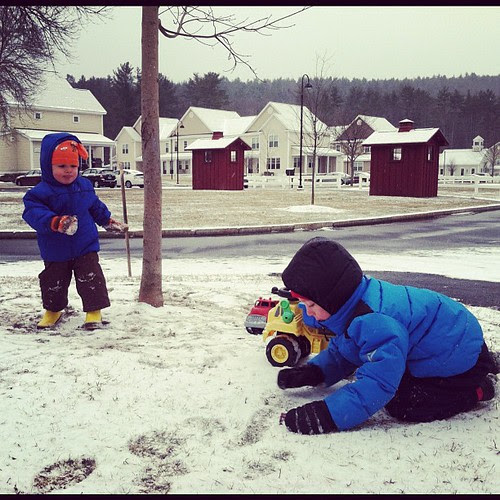 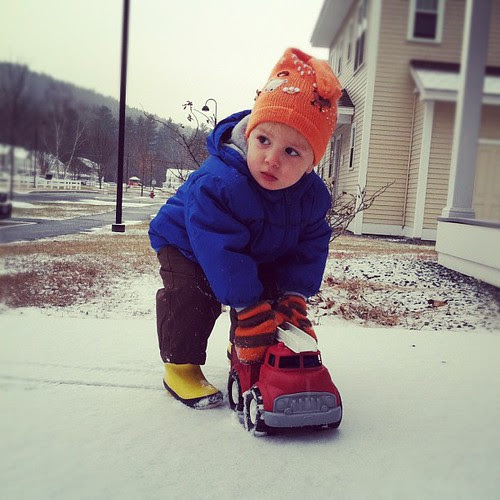 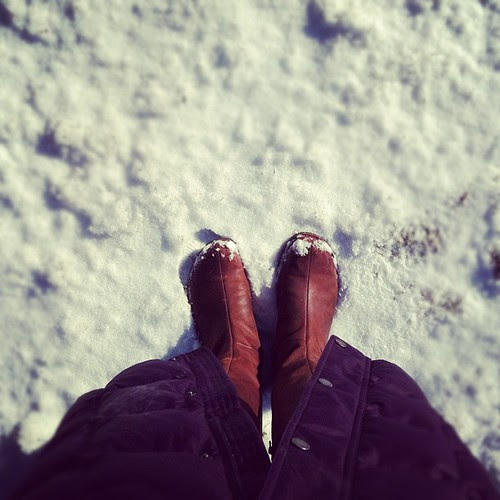