Aah, a few moments to myself. Zach's in the shower, both boys are in bed, which is where I should be headed myself in just a minute.  It's been a longish day, with not one but TWO synchronized meltdowns with the kiddoes, one of them within the first hour of waking.

Zach's parents were here for a week (left last Wednesday) and between their visit and weekends, it's like I was "rusty" on dealing with both kids at the same time again.  It was definitely nice to have them around to not only entertain D part of the time, but also hand off the baby between feedings sometimes and get to do, you know, other stuff.  Without a baby in arms.  I'd almost forgotten what that's like! ; )  My mom is flying in Saturday, though, and staying for TEN! WHOLE! DAYS! So that will be pretty awesome.  We may actually make some serious attempts to give Quinn a bottle of breastmilk while she's here.  We've only tried it once before and it didn't go terribly well, and really after the experience with D not taking bottles I won't be too surprised if Q doesn't either, and I also won't be too upset about it since my expectations are set so differently this time around.
Funny how so much of parenting, and how easy/hard/unfair something feels, comes down to expectations.
But, anyway.  Zach's been heading off to work super early (um, 5:30am) this month, to take part in an online training course for something-or-other. It's made mornings tough, but he's also been coming home earlier (today was at 4pm) so that helps make up for it.
I added to my babywearing collection this week-- a woven wrap and a ring sling, both from the BabyEtte Etsy shop.  I'm liking them so far, I think I prefer the new wrap to my Moby (feels lighter, should be nice for warmer weather).  I've been experimenting with back carries, especially now that Q's holding his head up pretty steadily, and had mixed success.  Sometimes he'll scream and not stop, other times he looks pretty content back there.  several times he's spit up in my hair during the wrapping process.  Ironically, I'm not sure that wearing him on my back will be much of benefit on the days I also have D at home, since the things he tends to want to do with me (reading, playing with cars on the floor) are still tough to do while holding a baby (even on my back) who requires near-constant movement.  But, once I have it down I should be able to get more housework done, at least on the days D's gone.  Also, I think Q naps better/longer when worn, so there's that.
Zach took D to the snow on Sunday, and took this self-portrait: 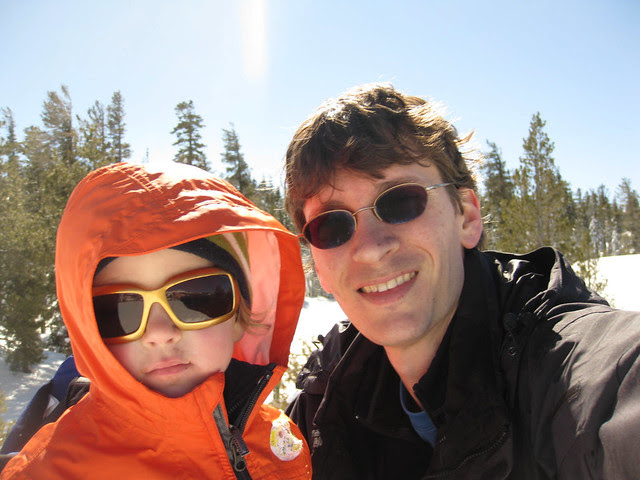 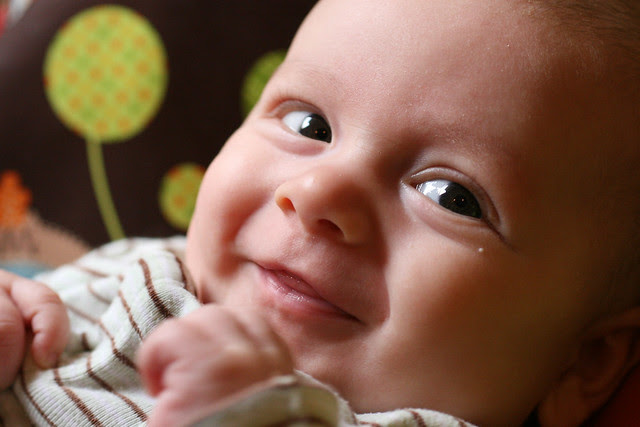