So, I knew that Zach's office was located inside an air force base (hey, it's cheap rent, and they're a start-up on a budget).  He'd sent me camera phone pictures of the airplanes in the hangar by his office.  But somehow, I don't think I'd properly taken it all in... or quite realized that he literally walks through a bunch of airplanes to reach his office.  Or that this is the view when he steps out of the office door: 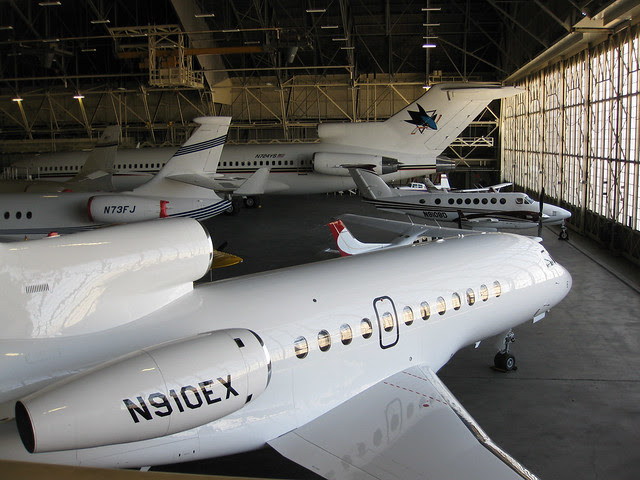 Donovan and I picked up some Panera and then met Zach at work to have lunch and get to check out the planes.  I think D's head just about exploded from all the coolness. There were small planes, big planes, and everything inbetween, and he got to walk right by them and get good, close looks at it all. 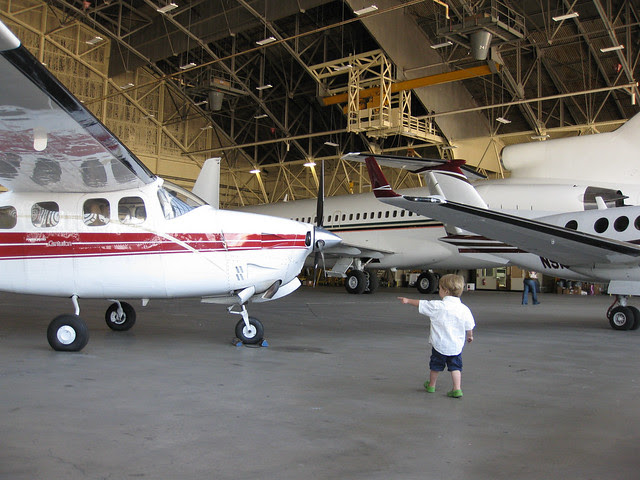 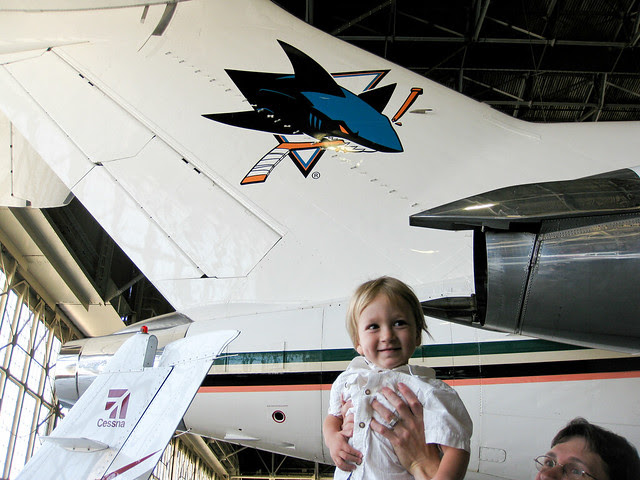 We'd walked through 2 hangars, and Zach knew there was a third that had a big 747 jet parked in it. We happened to run into a woman who let us go into that hangar and not only see the plane, but get a tour of the inside: 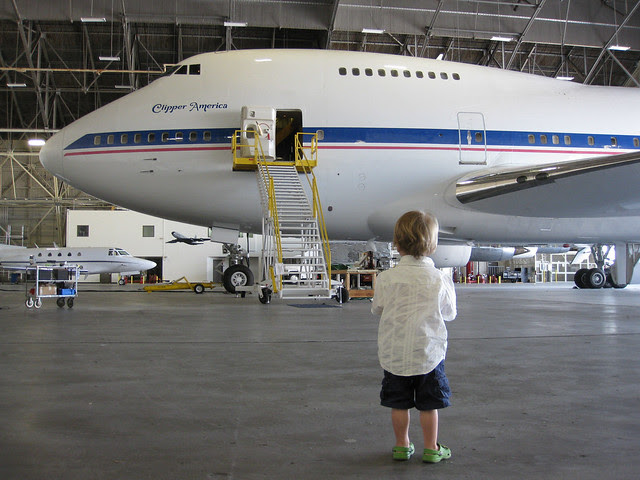 Turns out she works for the Fry family (as in Fry's electronics), and this is one of their planes.  They'd recently bought it from a Saudi prince, and were in the process of figuring out quite what to do with it and how to renovate the inside.  There's an upstairs area that looks a lot like the first class section of a commercial plane, but the main floor had a bedroom, lounge area, etc.  D even got to check out the cockpit!  The woman showing us around said the one thing they had changed so far on the plane was take out the operating table and body bags.  See, apparently the prince who'd owned the plane before had a bad heart, and he always traveled with a surgeon and a live human donor who I guess was then expected/prepared to give up his life at any moment should the prince's heart fail, and give him his own.

So.  Today was pretty much Donovan's BEST. DAY. EVER.  And he already can't wait to go visit Daddy at work again to get to see the planes.  Apparently Zach's boss is thinking of moving to a different office space, so we may need to take advantage of this "work perk" while we still can. ; )
Posted by Marcy at 5:33 PM